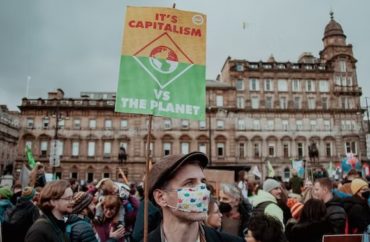 A new center at Columbia University will work to “reimagine” the economy in a way that is “more inclusive” and more fair.

The Ivy League school will do this with the help of $10 million in seed money from the William and Flora Hewlett Foundation. Hewlett-Packard’s co-founder William Hewlett and his wife started the foundation. It has given millions to liberal causes such as climate change and abortion, including at least $100 million to Planned Parenthood.

The Center for Political Economy “will draw faculty from across the university to reimagine an economy that is fairer and more inclusive,” the university announced.

The foundation’s president said that “the neoliberal order is breaking down” which “threaten[s] democratic governance around the world.”

“But the precise form and content of a new economic paradigm aren’t yet clear, and we’re pleased to be able to support the important work of the scholars at Columbia University tackling those difficult questions,” President Larry Kramer stated in the news release.

He previously commented, in relation to similar research at Harvard University, that “neoliberalism” has failed. “Neoliberalism’s anti-government, free-market fundamentalism is simply not suited for today’s economy and society,” Kramer stated.

Kramer expressed that the Columbia scholars will join a growing movement of ideas that will help direct us to a “more sustainable and inclusive path to individual dignity and shared prosperity.”

The initiative aims to generate ideas for a new “political economy,” according to the announcement. Additionally, the center will host “idea labs” where issues such as “including firm size and antitrust, work and labor, climate change economics, money, and finance” will be studied and discussed.

Columbia World Projects did not respond to College Fix questions about the goals of the center and for clarification regarding whether it would reimagine capitalism and free markets.

The leader of a free market educational group told The Fix that open markets and economic freedom are not the issue.

“The threat to democracy comes not from free markets, but from governments and politicians, who want to curtail the freedoms of the people,” Zilvinas Silenas, president of the Foundation for Economic Education, told The Fix via email. “Look at any current dictatorships – from Russia to Venezuela – governments encroached on people’s rights, took over successful businesses and used these businesses to further cement their power, buy elections, pay off thugs to beat up protestors etc.’”

The university should instead “invest resources into studying how government overreach leads to dictatorships, not joining these dictators and arguing that free people are a problem.”

Silenas said some potential problems exist in the ambiguity of the center.

“Will this center concentrate on deepening the understanding of how markets function, or will it concentrate on highlighting that markets do not work?” he asked. “If the former – great, this is what economics at universities should do; if the latter – then it would be very one-sided and subjective, more akin to indoctrination than scientific inquiry.”