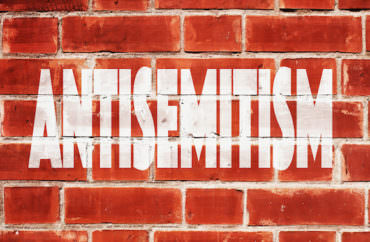 Senate Bill 4001’s synopsis reads “Prohibits anti-Semitism in public schools and institutions of higher education,” but critics including the Center for Constitutional Rights, the Partnership for Civil Justice Fund, and various Palestinian rights groups said in a letter that the legislation “codifies a widely contested redefinition of antisemitism that includes protected speech critical of Israel.”

“This vague and overbroad redefinition in the Act conflates political criticism of Israel with anti-Jewish hate, encouraging infringements on constitutionally protected speech related to a human rights movement, and undermining the fight against real antisemitism,” the letter continues.

As noted by NorthJersey.com, state law already prohibits religious discrimination in (state) schools. This bill would outright ban “antisemitism” which is defined as “calling for violence against Jews, demonizing or making stereotypical allegations about Jews, and denying the Holocaust.” Comparing Israeli policy to that of Nazi Germany also falls under the definition.

The language of the bill says nothing “shall be construed to diminish or infringe upon any right protected by the First Amendment.”

But the “vague and broad” language of the bill leaves room to challenge or suppress nearly any form of activism for Palestinian rights, the groups wrote.

The bill mirrors language of legislation adopted in Florida and South Carolina. Proponents of such measures say some critics of Israel promote anti-Semitic rhetoric and bias.

Last year, Kenneth Marcus, in one of his first acts as assistant secretary for civil rights at the federal Department of Education, rewrote the definition of anti-Semitism using the same wording. …

If the New Jersey bill becomes law, it would put school administrators in the position of government censor and could expose them to liability, the groups wrote. The letter, sent to members of the Senate Education Committee, was also signed by American Muslims for Palestine, the Council on American-Islamic Relations, Partnership for Civil Justice Fund and Project South.

The National Coalition on Censorship also weighed in on the bill calling it “unconstitutional” and noting it was “likely to face a legal challenge.”