One of dozens of new initiatives suggested in massive new MSU diversity, equity and inclusion framework

Michigan State University recently published a 77-page diversity, equity and inclusion framework that lists dozens of goals to infuse the progressive ideology into every aspect of campus life, from curriculum to hiring practices to funding priorities.

Among the recommendations is to implement “a minimum of two DEI-related requirements in the formal curriculum for undergraduate students,” the document states.

Another stated goal is to establish a “curriculum task force … to identify ways to incorporate DEI within university-wide undergraduate requirements.”

To address the graduation gap, the public university plans to offer more one-credit courses and what it calls “inclusive learning communities.”

The framework also recommends the establishment of an “institutional social justice research fund” for racial equity and justice studies, as well as part of the university’s budget specifically earmarked for diversity, equity and inclusion research.

The plan also calls for a prioritization of hiring minority and underrepresented faculty and staff and requiring search committees to undergo and unconscious bias training.

It also seeks the creation of professorships that focus on diversity, equity and inclusion.

To address faculty who experience incidents of unfair treatment, discriminatory practices, and microaggressions, the framework recommends establishing some sort of task force to determine and implement “restorative practices to allow those who have been harmed by behaviors and acts of bias to experience healing and redress.”

The plan may also tackle the literal campus through its recommended “cultural audit of architecture, physical edifices and spaces to ensure they are representative of the diversity that exists within the university community.” The task force would focus especially on building names, the framework states.

The plan also calls for the creation of all-gender restrooms in all existing and future campus facilities and a “centralized office to provide formalized services for DACA students.”

Also on the list of recommendations: increase funding and resources for the Gender and Sexuality Campus Center.

It also calls for the public university to hire more vendors and suppliers using women, minority-owned, veteran and LGBTQIA-led businesses.

The College Fix called and emailed Michigan State University’s media affairs division for comment but has yet to hear back.

MSU spokesperson Dan Olsen told the Lansing State Journal that campus leaders are “exploring the feasibility of those recommendations.”

“The next step is to determine what appropriate metrics should be put forward, and then implementation,” he said.

The framework was released after 18 months of planning, according to a MSU news release.

The Lansing State Journal reports the undertaking was launched “following several incidents of racism and racial bias on campus. In October 2019, a Black student found what appeared to be a toilet paper noose taped to her door in Bryan Hall.”

However the toilet paper noose incident has been debunked as a Halloween prank.

The Journal also cites a public relations professor’s 2019 social media survey, which had asked students their opinions about edgy online comments, as another of the racist incidents that promoted the framework’s development.

The third allegedly racist incident the Journal cites was actually Christmas tree ornaments of black public figures that caused alarm because the way they were hung reminded people of lynchings.

Jabbar Bennett, MSU’s new vice president and chief diversity officer, said in a news release, about the framework that “diversity, equity and inclusion cannot exist in a silo.”

“We intend that these recommendations serve not only as a university-wide mechanism for advancement but as a tool for every department at every level to incorporate best practices in DEI.” 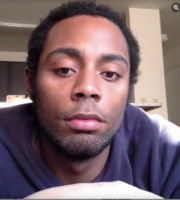 About the Author
Corey Walker
College Fix contributor Corey Walker, a Chicago native, is a senior at the University of Michigan majoring in history.