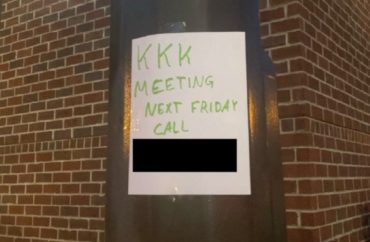 Turned out to just be a prank

Florida State University and local law enforcement will not be pressing charges against a group of teens who put up nearly a dozen fake flyers, including one that promoted a nonexistent Ku Klux Klan meeting.

The College Fix recently obtained photos of the posters and the police report through a Florida Sunshine Law request.

Phrases on the flyers include “Need sex? Call me,” “Want to get rid of gays? Me too!” and “KKK Meeting Next Friday Call [number redacted].” The perpetrators accidentally posted the fake Klan flyer by the Hillel Jewish Center on September 28. 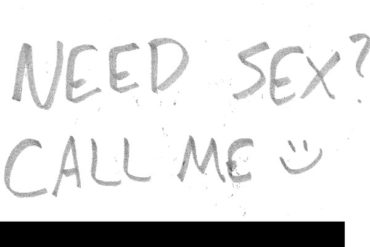 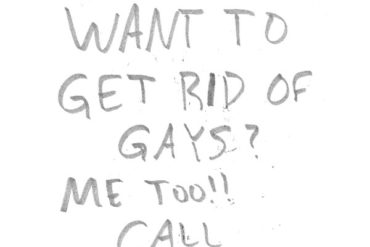 “We just pulled a stupid prank on our friend,” Mike Bergstrom, the one unredacted name on the report, told The College Fix via text message.

The police report also stated that the incident resembled a TikTok prank. Bergstrom turned himself and his two friends into the police. He said nobody put him and his friends up to the prank.

Bergstrom also stated that he “didn’t even know that this Hillel Jewish Center existed,” so he did not deliberately put KKK flyers near the center.

Florida State spokesperson Amy Patronis told The College Fix that the “incident was not criminal in nature” and the “individuals involved had no affiliation with FSU.”

Patronis told The Fix that two are in high school and one, presumably Bergstrom because he is a legal adult, is a recent high school graduate.

“Although the incident was not criminal in nature, the two juveniles’ parents were notified as well as their school administration and school resource officer,” the assistant communications director said. She said the individuals are not “banned from campus, and the university plans to take no other action.”

Bergstrom told The Fix that he is under the impression he is banned from campus.

The police gave the three individuals verbal warnings, which will last a year. The case was then closed as no charges were pursued.

Some initially though it was a Greek life dare

From the outset, some students were skeptical of the authenticity of the flyers, with some suspecting they were put up as part of a fraternity dare.

Text messages included in the police documents show two students texting about the flyers being a fraternity dare and suggesting, incorrectly that “Figi” [sic] is behind it, presumably in reference to the fraternity Fiji.

“I have two white ppl in my class talm [sic] bout their rush experience and apparently they’re being ‘tasked’ to do some wild [expletive],” the text said. “[And] if they refuse they have to either drink or pop some drugs. Figi? Or sum like that and another one,” the text said.

The Fix asked FSU’s police department on November 29 how the texts were obtained. The records manager said she passed the request on to the assigned investigator.

The student also said the pranks were funded by “special sponsors” and “when they finish in about a month they have this house they get to choose worth a million.”

MORE: No substance to rape initiation allegations against fraternity