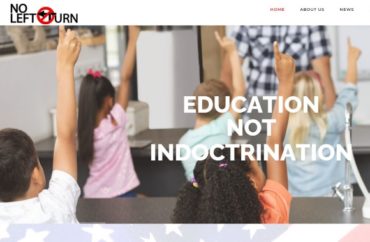 A movement among parents to fight left-leaning indoctrination in K-12 schools today boasts chapters in 18 states, an exponential growth rate that came in less than six months.

How did a group launched by one concerned mom get so big so fast?

“They have woken up the giant,” said Elana Yaron Fishbein, the organization’s founder.

Fishbein, in an interview with The College Fix, attributed the astronomical growth of her group to the fact that parents are fed up with far-left curriculum because “it’s threatening their kids.”

“We believe that K-12 education should be free from indoctrination and politicization,” the group’s website states. “Radical teachings motivated by a political agenda and deliberately spread by teachers, administrators, school board members, and even state officials have infiltrated schools across the nation.”

Fishbein, a doctor of social work, said in a telephone interview with The College Fix that her journey as leader of this movement began after she wrote to the superintendent of her school district, its principal, and the school board, voicing concerns about the elementary school’s new “cultural proficiency” curriculum.

“When they announced the change of the lesson plan a couple of days before the end of the school year, I opted my kids out of those lessons because they seemed to my husband and myself as ‘racist,’ and we did not understand what they wanted to achieve in it, and we felt they were really pandering to some political agenda and virtue signaling,” she said.

After weeks of not hearing back, Fishbein said she made her letter public by posting it to the group Facebook page of the school’s parents as a way to encourage discussion, but instead was “butchered online” by about 15 parents.

Before her post was taken down, parents she described as “woke” publicly denounced her and her letter as “racist.”

“But I read it and re-read it and cannot find one syllable that is indicative of any racism—of any sort,” Dr. Fishbein said. “That’s problematic when somebody hijacks the language, when somebody attributes different meanings to words that we all supposedly at one point agreed on.”

Still, Fishbein said she had received tons of support from parents privately.

“But all of them also indicated they were afraid to speak up,” she said. “They were afraid of the consequences. So, that’s when I realized that we’ve reached a very dangerous point in the United States, where we have the First Amendment, but people are so afraid to speak up, to pose their opinion, to pose their objection and, in this case, support their kids, because this is standing to protect your children. And, parents were so terrified of doing that. That’s when I actually decided to launch the movement.”

No Left Turn’s stated goals include to “mobilize parents all over the country, in every school and locality to organize and become actively involved in overseeing the education of their children.”

It also aims to empower parents to demand transparency from schools as well as to push back against radical indoctrination in K-12 education. The group also seeks to “promote fact-based teaching” and “support teachers who oppose the coercion to indoctrinate students.”

Fishbein told The College Fix that a few weeks after she launched No Left Turn in Education in her living room with a handful of parents from her local community and school district she was invited to appear on Tucker Carlson Tonight. More than a million people visited the No Left Turn in Education Facebook page within a week of her mid-September appearance on the show.

“Once I appeared on Tucker and the message got around, we were flooded with so many people crying for help, want[ing] to do something,” she said. “They [were] in despair. They [were] in agony. And, that’s when I started opening chapters in different states.”

She said she is proud of the movement so far.

“We are just starting. We are four months old without budget. Zero. It is all volunteers. We are not Black Lives Matter with billions of dollars,” she said. “Nobody is paid a penny. I’m doing this like 24/7 and I’ve got little kids; I’m a mother. It’s just that all of us are so invested in this.”

Fishbein said that since she’s begun No Left Turn in Education, she’s heard thousands and thousands of personal stories from parents, grandparents, and others who have seen critical race theory seeping into their children’s classes.

“They are literally copying books, cover of the book, pages from the book, sending us consent forms, sending us a lot of rich information about actually what the school is doing with the indoctrination,” she said.

She said many parents have voiced concern that private Catholic and Protestant schools are embracing the far-left curriculum more and more as well.

Fishbein noted that they are approaching their mission and looking to combat the left’s indoctrination in three ways: legally, legislatively and through civic means.

No Left Turn in Education’s biggest success this past year, she said, was its involvement in “the first ever lawsuit that was filed against teaching of Critical Race Theory in Las Vegas, Nevada.”

She said that Gabrielle Clark, the Nevada mother who filed a lawsuit against her son’s charter school after it refused to let him opt out of a mandatory class that promotes race-based discrimination against whites, had reached out to her for help after seeing her on Tucker Carlson Tonight.

“School districts do not want to be transparent,” she said. “They’re fighting parents in every step of the way, to not share what they’re actually teaching their kids and that is very dangerous. We have to fight to know.”

Based on the screenshots of the class material presented in the lawsuit, the mandatory class appeared to be teaching students critical race theory and intersectionality.

After a few weeks of preparation, Fishbein said she asked Clark, who is also No Left Turn’s chapter head in Nevada, if she was ready to pursue the legal route.

“I warned her, in fact, that it could be a bumpy road and she said she’ll take it to the end,” Fishbein said. “She’s really a fighter and an incredible woman and very set on her case because her kids are biracial and this is kind of turning kids against kids, siblings against each other—ones with the lighter pigmentation versus the kids with the darker pigmentation of skin [even though] all came from the same belly, from the same mother… So, this is cruel. Literally cruel.”

From there, Fishbein said they teamed Clark up with a lawyer who had contacted No Left Turn in Education after he heard Fishbein speak on Tucker Carlson Tonight.

While No Left Turn in Education plans to continue to hold those within the school system accountable in court and encourage others who are fighting similar legal battles, Fishbein said they also seek to support teachers who also believe that indoctrination has no place in the classroom.

“A lot of teachers are writing us,” she said. “I don’t want to give the impression that all the educators, all the teachers, all the school counselors that work are engaged in this terrible activity of radical indoctrination.”

In addition to supporting parents and teachers, Fishbein said that No Left Turn in Education seeks to help children who have been negatively impacted by the teaching of critical race theory.

Fishbein said what she thinks is most harmful and dangerous about critical race theory is that it makes human relationships between people “impossible.”

“If you are white, and you look at somebody who is not, what goes through your mind after you’ve been indoctrinated with being told you oppressed that child? How can you be a friend with somebody who oppressed you? How can you have a relationship with somebody who is privileged, and you are suffering the consequences of his being privileged? What kind of human relationship are we going to have? What kind of society are we going to have? That’s the danger,” she said. “My relationship with people is not based on their skin color, it’s based on their character.”

Fishbein argued that “the silent majority is waking up.”

“Because once they conquer this territory, K-12, the destiny of our country is doomed. This is something worth fighting for.”