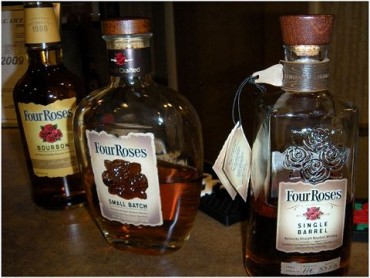 Women and spirits are out. Peeing in a cup and staycations are in.

Proposed puritanical rules governing Greek life at the University of Missouri, particularly at fraternities, have sparked both local and national outrage in the Greek community.

One alumni adviser from a different school ridiculed the proposals as the first step toward enacting strict curfews and segregation of men and women – measures more typical of the pre-sexual revolution campus.

Mizzou is likely to get an earful from Greek leaders at an invitation-only “chancellor’s summit” next week to discuss the rules, proposed by the Fraternity Alumni Consortium without any consultation of campus Greek organizations.

In the time it took the school to write this pictured release 12 Mizzou students were assaulted on or around campus.* Not sure what the exact details of these policies are yet (though I have heard rumors) but suffice it to say they are definitely a step further in universities treating their students like little children whose hands need to be held longer and longer instead of letting them learn how to be adults. And specifically on the part of @mizzou, the Greek Life office, and fraternity alumni, especially in regard to the impending guest visitation policy, this is apparently a confirmation they believe all fraternity men to be potential attackers and all their female students to be potential victims above all else, at least from Thursday through Saturday. The issues these policies are attempting to address are serious and immediate, and need to be dealt with for sure. We'll see what the actual details are, but it's seeming like the rules that are going to be implemented are lazy, broad, dismissive of student intelligence and integrity, and more about liability than student safety. *Rough estimate based on the school and local police department's ability to keep its students safe from the things that have far more often proved to be dangerous to them than frat parties.

Chancellor R. Bowen Loftin tasked the alumni consortium with devising policies that effectively communicate to the fraternities the pressing nature of sexual assault and alcohol abuse issues, with an eye on “eliminating” assault on campus.

Unfortunately for the chancellor, the consortium’s April 8 draft leaked, according to the St. Louis Post-Dispatch.

The proposed rules would limit alcohol at frat houses to beer, prevent frats and sororities from hosting out-of-town formal events and require them to drug-test members.

In perhaps the most controversial provision, the consortium would ban women from frat houses Thursday through Saturday from 10 p.m. to 3 a.m. each night, as well as certain other times of the year.

The Panhellenic Association of sororities and Interfraternity Council at Mizzou expressed their “strong” disagreement with the overall proposal in a joint press release.

Tellingly, the sororities took the lead. The association said the “very premise of the proposal” was “problematic” and that many provisions were “ineffective and uneducated.”

In a letter to Loftin attached to the release, the sorority leaders said that while the proposal’s purpose is protecting women in frat houses, it “was written by men who are not entrenched in daily campus, fraternity and sorority life.”

The sororities support the restriction on alcohol and suggest that it be expanded, so that even beer would be limited to “common areas.” They also back the elimination of out-of-town formals because sharing a bed with a date creates “expectations” and it would hard for a victim of sexual assault to get “out of that situation that weekend.”

The sororities are insulted by other provisions, though.

“By restricting women from certain locations under the guise of ‘safety’, this [curfew] policy lends itself to the notion that women cannot make choices for themselves about their own safety,” said the letter, signed by all members of the association’s executive board and each sorority president. The drug-testing policy is “absurd and unwarranted,” they told Loftin.

The council of fraternities said in the release that its board has been working “throughout the year” on a new “alcohol policy and education initiative” to fight sexual assault in frats, one that “closely mirrors” the consortium’s proposal.

The association and council pointed to recent news coverage of the council’s “peer educators” group, which educates men about sexual-assault prevention.

A spokesman for the school defended the work of the consortium and cleared up some mistaken impressions from media reports.

“They are a highly motivated, committed group” of alumni but aren’t “officially affiliated” with the school, the spokesman told The Fix. Loftin’s entire reason for the summit is getting “feedback” from Greek leaders, he said.

“It is much too early to speculate about when or if any of these proposals would be made into policy or implemented and what the next steps are,” but whatever happens, the “safety and security of our students” is the “top priority” of Loftin and the “dedicated” alumni consortium, he said.

A spokesman for the consortium that proposed the new rules told the Post-Dispatch that Greek leaders were “getting riled up over old and incomplete information.”

For example, the drug-testing provision has been downgraded to an “option,” not a requirement, and the rest haven’t been finalized, the spokesman said.

Potential to drive drinking off campus

Some of the provisions drew scorn on Total Frat Move, a news and commentary site for Greek life. Mizzou alum Rob Fox wrote that the beer-only rule was “not the worst idea,” though a ban on grain alcohol like Everclear would make a better target. (Some states already ban the sale of Everclear and liquors of similar strength.)

But Fox said the no-women-after-10 rule would “drive drinking further underground and off campus, where there will be significantly less control over the parties” than in frat houses. Drunk driving would “definitely” increase, he added.

If Mizzou wants to make curbing sexual assault its “highest priority,” it should “segregate” the campus by sex, “build a wall around the women’s campus” and institute daytime visiting hours for men, according to Bill Frezza, an alumni adviser to a fraternity at MIT who has previously warned that drunk women are a threat to frats.

Frezza told The Fix by email the school should also require dates to be chaperoned – “preferably by a member of the Title IX staff” – expel students for alcohol possession and shame college women into avoiding premarital sex.

“Many colleges operated on this principle back in the 1950s and they had nothing like the problems we have today,” Frezza said.

UPDATE: This article has been amended to add the University of Missouri’s official response to criticism of the proposal.