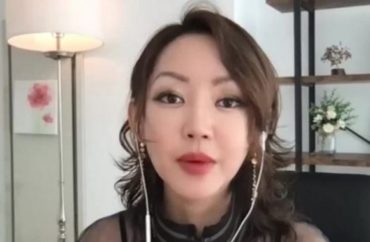 Yeonmi Park has watched people die of starvation, escaped human trafficking, and crossed the Gobi Desert for her freedom.

But she told Fox News she is shocked and heartbroken that even after fleeing North Korea she has found the same type of totalitarianism, censorship and hatred of America at Columbia University.

In interviews with Fox News, including an appearance on Sean Hannity on Monday night, Park said her Ivy League professors blame white men for much of the world’s evils and don’t allow open discourse.

Fox News reports that she said the campus is rife with anti-Western sentiment, collective guilt and suffocating political correctness:

“I expected that I was paying this fortune, all this time and energy, to learn how to think. But they are forcing you to think the way they want you to think. I realized, wow, this is insane. I thought America was different but I saw so many similarities to what I saw in North Korea that I started worrying.”

“…Because I have seen oppression, I know what it looks like.”

“…The people here are just dying to give their rights and power to the government. That is what scares me the most.”

⁦⁦"I expected that I was paying this fortune, all this time and energy, to learn how to think. But they are forcing you to think the way they want you to think.” ⁦@FoxNews⁩ https://t.co/N840pBnrWY

“…You guys have lost common sense to degree that I as a North Korean cannot even comprehend.”

“Where are we going from here? There’s no rule of law, no morality, nothing is good or bad anymore, it’s complete chaos.”

“I guess that’s what they want, to destroy every single thing and rebuild into a Communist paradise.”

Park is author of “In Order to Live: A North Korean Girl’s Journey to Freedom,” published in 2016.

Her comments come on the heels of another woman who fled communist China and said the critical race theory narrative being pushed in schools is just like a totalitarian regime.

Xi Van Fleet recently told the Loudoun County School Board “you are now training our children to be social justice warriors and to loathe our country and our history.”

“Growing up in Mao’s China, all of this seems very familiar. The communist regime used the same critical theory to divide people — the only difference is they used class instead of race.”

“We were also encouraged to report on each other, just like the student equity ambassador program and the bias reporting system,” she said.

“This is, indeed, the American version of the Chinese Cultural Revolution. The critical race theory has its roots in cultural Marxism. It should have no place in our schools.”