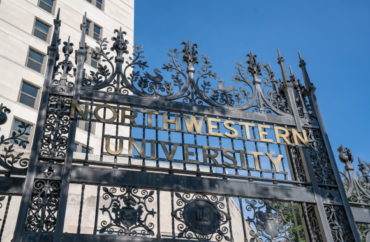 ‘Monkeypox is not a sexually transmitted infection or disease, nor is it linked to sexual orientation,’ prestigious university claims

Northwestern University officials told the campus community on Tuesday that there is no link between monkeypox transmission and “sexual orientation,” despite overwhelming evidence that such a connection exists.

“Monkeypox is not a sexually transmitted infection or disease, nor is it linked to sexual orientation,” the officials wrote in a message to the university.

But homosexual sexual activity is very clearly is linked to monkeypox transmission.

The Centers for Disease Control and Prevention also affirmed that monkeypox is linked to gay sex in an August 5 report.

“Among U.S. monkeypox cases with available data, 99% occurred in men, 94% of whom reported recent male-to-male sexual or close intimate contact; racial and ethnic minority groups appear to be disproportionately affected,” the researchers wrote.

The report authors include public health officials from at least 24 different states and Puerto Rico, including one from Chicago, where Northwestern has a campus and hospital.

“Among 86 men with information reported, 33 (38%) reported group sex, defined as sex with more than two persons, at a festival, group sex event, or sex party,” the researchers also noted.

The Chicago Department of Public Health reported on August 8 that “97% of [residents] reporting their sexual orientation have been gay or bisexual.” The city has also prioritized homosexual, sexually active men for vaccination.

The College Fix emailed the public health department to ask if Janna Kerins, its researcher listed on the CDC report, had spoken to Northwestern officials before they released their statement. The Fix also asked on Wednesday if any health officials from the city had informed Northwestern about the risks of monkeypox.

The Fix emailed the two authors on the news release and asked what studies and data they had reviewed prior to releasing their statement and if they had consulted with any medical officials in Chicago before telling the community that monkeypox is not linked to sexual orientation. The Fix also sent the NEJM paper and CDC report cited above and asked if they were familiar with that research.

Neither Anita Opdycke nor Luke Figora responded to the media requests on Wednesday.

“As federal and state officials raise awareness of the spread of the monkeypox virus, Northwestern has engaged with public health and infectious disease experts to gather information and carefully plan our approach to preparation and prevention efforts,” the university stated.

Figora’s background is in finance, insurance and economics, not in public health, according to his LinkedIn profile. Opdycke should probably know better, since she holds multiple nursing degrees, including a doctorate, according to her LinkedIn bio.