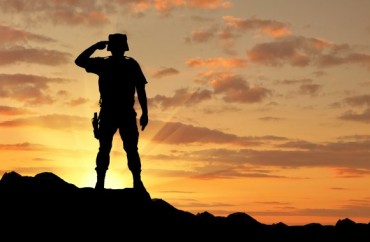 If you’ve served in the U.S. military at a high level – or worked at a conservative think tank! – you’re not welcome in Northwestern University’s academic ranks.

Retired Lt. Gen. Karl Eikenberry, who served as ambassador to Afghanistan in the first Obama term, will not become the inaugural executive director of the school’s new Buffett Institute for Global Studies after dozens of professors blasted his appointment, North by Northwestern reports.

A member of both the Stanford University faculty and American Academy of Arts and Sciences, Eikenberry was touted by Northwestern in a November announcement. But 46 faculty wrote in The Daily Northwestern in February that he was a “non-academic career military officer” and a fellow at the conservative Hoover Institution, making Eikenberry a threat to Northwestern’s “academic integrity.”

Though Northwestern Provost Dan Linzer and President Morton Schapiro wrote that they “strongly disagree” with objecting faculty, the antagonism toward those who put their lives on the line for America was too strong.

An email from Linzer to Buffett Institute faculty, reprinted in North by Northwestern, doesn’t spell out whether Eikenberry withdrew or was told to back out:

Over the past several months, together with Ambassador Eikenberry, we continued to assess the conditions required for an executive director to achieve the desired change, and agreed that several are not yet in place. …

We look forward to continuing our partnership with him as a friend to Northwestern, the Buffett Institute, and the University’s faculty and students.