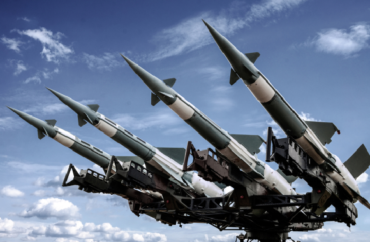 Crashed a football game to make their concerns known

A group of students at Northwestern University want the administration to divest from “war-profiteering companies.”

NU Dissenters takes issues with at least two companies connected to the Big Ten university — Boeing and General Dynamics. The former CEO of Boeing, Dennis Muilenberg, is on Northwestern’s Board of Trustees as is General Dynamics CEO Phebe Novakovic.

The College Fix emailed Novakovic twice in the past several weeks to ask for comment on the investments of the board and the accusations but has not received a response. The Fix asked if he would be open to meeting with the NU Dissenters.

The Fix emailed the general board of trustees account with similar questions for Muilenberg but did not receive a response.

The protests have included hanging a banner on campus over a prominent arch and running onto the field during a football game in the past two months.

because everything has to relate to Palestine. 🙄

“DIVEST or DEATH: WHICH SIDE ARE YOU ON?” the sign hung on The Arch at the end of October said. The student paper interviewed students involved with the organization but did not name them.

“War-profiteering companies and the war industry have stolen and robbed so much from us including our safety, our security, the Earth,” one student told The Daily Northwestern. The group tried to interrupt a September trustees meeting as well.

The Fix reached out to the national Dissenters organization and Northwestern’s Community Not Cops group, which merged with NU Dissenters, but has not received answers to questions.

The College Fix asked for a copy of the demands from the activists as well as a list of alternative investments for the endowment money.

Other companies targeted by the divestment activists are Raytheon, Northrop Grumman and Lockheed Martin.

The Fix asked twice in the past several weeks if shares in Boeing and General Dynamics are held by the university in single stock or through mutual funds. The university officials did not respond to those questions and an inquiry about what ethical principles guide the investment decisions.

Yates told the campus paper in early November that Northwestern has not received a list of demands yet.

About the Author
Jonathan Draeger
College Fix contributor Jonathan Draeger is a freshman student at the University of Wisconsin, Madison pursuing a degree in Economics and a certificate in German. He is interested in investigating economic matters and explaining different current events through an economic lens.