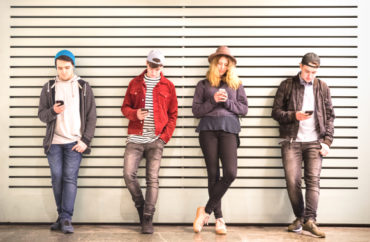 A recent op-ed in the Princeton University student paper The Daily Princetonian takes issue with criticism of the trendy phrase “OK, boomer.”

The expression is sort of a payback for derision of the Millennial Generation, but especially its successor, the centennials (those born in 1996 and after). It’s intended as a judgment of boomers’ alleged mishandling of everything from the economy to the climate.

(In case you’re unaware, “Boomer” is short for “baby boomer,” those born in the post-World War II years of 1946 to 1964. They’re the progeny of the Greatest Generation, aka those who — literally — saved the free world just scant years prior.)

I’ve been subjected to “OK, boomer” here and there even though I’m actually a member of Generation X (if barely). The remark doesn’t bother me in the least; indeed, it gives me a good chuckle since it typically comes from someone who’s never paid a bill, raised a family, or planned and made sacrifices for retirement.

In my experience, centennials like op-ed author Anna McGee are the worst culprits. You want boomers and Gen Xers to take you seriously? You forget yours is the generation of grade inflation. Of minimal discipline, in and out of school. Of being carted around to sports and social functions by helicopter parents who cater to your every whim. In college, you run and cry to “bias response teams” when the slightest little thing offends you. Then you demand “safe spaces” and other measures to make you feel “welcome” and “wanted” …  like therapy animals, etc.

Not to mention, you want to sell us on the fact that Alexandria Ocasio-Cortez, Greta Thunberg, and the Parkland, Florida activists are heroes of the modern age? That so-called “democratic socialism” is the answer to the country’s ills? People like AOC and Thunberg aren’t “discriminated against” because of their youth, as McGee claims; they’re ridiculed — because they’re stupid. There is a reason, after all, why age restrictions exist in society.

Centennials have more available to them than any other generation before. Even the American “poor” are the envy of the world. Try enjoying it, centennials! Cheer up! The world isn’t going to end in a dozen years because of climate change, and Donald Trump isn’t going to throw you in an internment camp.

Now get off my lawn.

MORE: 25% of millennials suffer from PTSD due to Trump’s election

MORE: Study: millennials dislike Trump, but like a lot of his policies