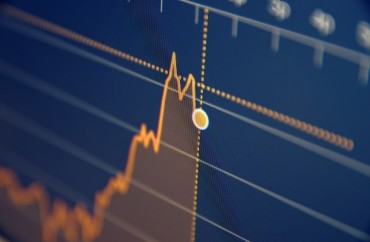 A graph released by a federal reserve bank shows federal spending on student loans has spiked dramatically in the last five years, prompting some observers to voice concern about the consequences of such a steep and exponential hike.

Federal student loans, while increasing, generally hovered at around $100 billion from 1995 to 2010, but spending since then increased tenfold to a whopping $1 trillion.

Economists believe the amount of federal money allocated to student loans shown in this graph is highly “unsustainable.” Ryan McMaken of the Mises Institute, which teaches Austrian economics and libertarian political theory, told The College Fix via email that “there is no way that loans can continue at that rate since, if they did, eventually everyone would be spending every dime they make on debt service to pay the loans.”

McMaken analogized the unsustainable lending rate to the housing crisis that helped usher in the Great Recession of 2008.

“If home loans did something like that, we’d all being saying ‘bubble,’ and I think it’s reasonable to say the same about student loans,” McMaken stated.

The trillion dollar question now is: When will the bubble burst?

Neal McClusky, an education policy expert at the Cato Institute, told The College Fix in a telephone interview that he views this graph as evidence of a less extreme bubble than the housing bubble.

“It [the student loan increase] is very similar to housing in that it is one of the greatest reasons we see price inflation. Massive price increases in both college tuition and housing are similar because they are both driven by artificially backed loans,” McClusky said.

Yet, McClusky said he believes if the bubble does burst, the fallout won’t be as extreme.

“There was way more debt in housing because during that crisis, for some people, housing was their only asset. College loan debt is smaller relative to someone’s mortgage,” he said.

His vision is not that the bubble will burst dramatically, but rather that there might eventually be “a natural siphoning off of air from the bubble as cheaper, faster alternatives to four year degree programs emerge,” he said.

McClusky said coding bootcamps are one such alternative, but cautioned if federal student aid were ever to flow to these programs, a bubble would emerge there as well.

While the student loan bubble continues to expand, tuition prices are also rising. Increases in the two are correlated, according to economists.

“Few people would be able to pay the enormous cost of tuition if it weren’t for loans at subsidized interest rates,” McMaken said in his email. “As it is, the cost of college seems low to students because they figure ‘I’ll just pay it off later, and the interest rate is only 5 percent, anyway.’”

“If loans were priced more realistically, and if borrowers had to be credit-worthy, the demand for full-time degree programs would collapse, as would the demand for degrees that provide very little return on the investment,” he said. “This would lead to a substantial decline in overall tuition fees and many expensive small colleges would probably also go out of business.”

Economist Daniel Lin concurs, stating that college tuition costs have gone up 945 percent since 1980 in a talk entitled “Why is Higher Education So Expensive?”

“When you’re subsidizing something, it’s cheaper for people to consume. So people consume more of it and demand rises,” Lin said. “A rise in demand will mean a rise in costs.”

Though seemingly counter-intuitive, the fact that federally funded subsidies have allowed colleges and universities to charge more is undeniable. Tuition rates have increased at nearly six times the inflation rate — for example if annual increases in Harvard’s tuition had kept pace with the inflation rate, this year’s tuition would be $15,189, rather than $45,278 (not including room and board), according to The College Board.