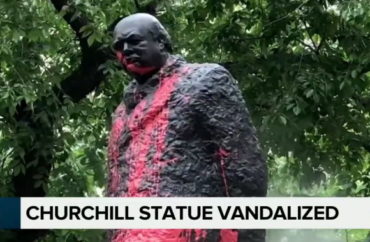 A group of academics, primarily from the United Kingdom, have formed a group to stop, in their words, the “abuse of history for political purposes.”

The academics, led by Cambridge University Emeritus Professor of French History Robert Tombs, have created a new website they are calling “History Reclaimed,” which seeks to restore a “shared history” for scholars to use.

“The abuse of history for political purposes is as old as history itself,” Tombs said in a statement following the launch of the website. “In recent years, we have seen campaigns to rewrite the history of western democracies in a way that undermines their solidarity as communities, their sense of achievement, even their very legitimacy.”

“Whether to ward off criticism or to gain moral advantage, institutions have rushed to embrace the most negative interpretations of their own countries’ histories,” Tombs wrote.

“Activists sometimes assert that ‘facing up’ to a past they present as overwhelmingly and permanently shameful is the path to a better and more ‘inclusive’ future.”

“But the real effect—perhaps the true aim—of their actions is nihilistic destruction,” Tombs wrote.

The full roster of professors, researchers and lecturers includes academics from the U.K., Australia, Poland, and the U.S. 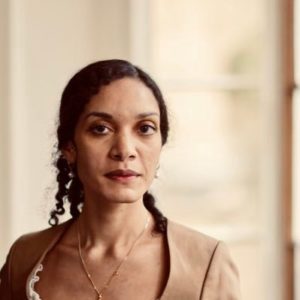 Oxford literary scholar Dr. Marie Daouda (pictured) told The College Fix her involvement in the group is not so much “anti-wokeism” as it is “a care for truth and for balanced debate.”

“Many members of the group have diverging opinions on matters such as Brexit, economic strategy, religion, or state education,” Daouda said, “but we all hope to provide a reliable source of alternative perspectives on history and how it shapes our present and our future.”

Among the U.S.-based professors contributing to the site is Elizabeth Weiss, who has been attacked as a “racist” by the Anthropology department at San Jose State University for advocating for more rigorous scientific standards when researching human remains.

Weiss told The College Fix she wants the site “to become a resource for those who are looking to understand the past rather than to use history for propaganda or as a weapon.”

“There is a movement to erase art that depicts history in what may be perceived as a politically correct manner,” Weiss said. “For instance, the murals at George Washington High School in San Francisco created by Russian immigrant Victor Arnautoff in the 1930s depicted George Washington as a slave owner and showed the killing of Native Americans yet, in our current environment this is seen as harmful and several organizations, such as the American Indian Parent Advisory Council, said that students should not be forced to see that history.”

One of the first articles featured at the site is a critique of Critical Race Theory by former University of Kent Professor Joanna Williams.

“We have a new elite that uses not racism but anti-racism to invent differences between people which it exploits for its own ends,” Williams writes. “These radicals do not want to end racism but for it to continue indefinitely. They must not be allowed to get away with this.”

The site also features a piece authored by Winston Churchill biographer Andrew Roberts criticizing a number of claims made at a February event at Churchill College, Cambridge, called “The Racial Consequences of Churchill.”

“Many factually incorrect, deeply offensive and ignorant remarks were made” at the event, Roberts writes, adding, “this constitutes, in my view, a new low in the current vogue for the denigration in general of British history and of Sir Winston Churchill’s memory in particular.”

“This is now sadly quite common. But I never would have expected Churchill College to participate in it,” Roberts writes.

In 2020, Black Lives Matters activists in the U.K. provided a list of dozens of statues that should be removed because they argued the individuals being honored were connected with slavery or imperialism. Among these statues were ones paying tribute to Churchill.

“Broadly speaking, this country has played a hugely progressive role in history: the Magna Carta; the abolition movement; fighting against the Nazis. People should feel proud of that,” Professor Doug Stokes, who teaches international relations at Exeter University, told local media.

“Unless we push back, this will continue to be imposed on the British public,” Stokes said.

Daouda said that while the U.S. has a very different historical background, she hopes more academics from here will step in to provide “a more nuanced vision of American history.”

“The U.S., the U.K. and Europe are now arbitrarily packaged as ‘the Western world,’ and this view tends to overshadow the historical singularities of each region,” Daouda said.

“Some ideologies wish to be more inclusive and open towards other cultures – which is a good intention, but they end up dividing the world between the guilty West and all the rest of the planet, the non-Western victim. Victimhood culture negates the singularities of each region.”