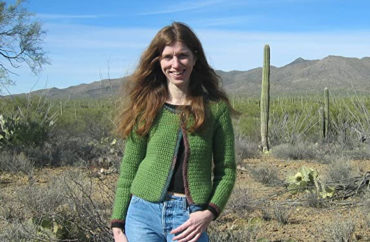 On December 18, 2020, San Jose State University Associate Anthropology Professor A.J. Faas sent an email to his department promoting a new website that encouraged scholars to cite the work of black academics in their research.

Called CiteBlackAuthors.com, it was started in the wake of the death of Minneapolis man George Floyd at the hands of police.

“Help us spread the word and the WORK of Black, academic professionals,” Faas wrote.

But one member of the department, Professor Elizabeth Weiss, offered a contrary viewpoint.

“Although the intent of Cite Black Authors may be well-meaning,” Weiss, who is tenured, wrote back to her colleagues, “as a scholar in search of objective knowledge, I encourage researchers to look for the best source material and realize that an author’s ethnicity, race, or color of their skin has no actual bearing on the validity of their contribution.”

“Can you imagine the reaction of graduate students reading this kind of thing from a fully-tenured professor?” Gonzalez said. “It was devastating.”

Later, Gonzalez would refer to Weiss as his “racist colleague,” saying her research “borders on professional incompetence.”

Gonzalez refused to respond to a series of questions by The College Fix, instead forwarding them to campus spokesman Kenneth Mashinchi, who also refused multiple requests for comment.

The December incident was one of a series of events that earned Weiss condemnation from her colleagues in the SJSU Anthropology Department.

Earlier that month, she had attended an online seminar called “Creating Native and American Indian Studies Programs,” in which Weiss challenged the claim that Native Americans were better at all topics than non-Native Americans.

Shortly after, Weiss received an email from Rebeca Burciaga, an Educational Leadership & Chicana and Chicano Studies professor at San Jose State University. Burciaga said she did not appreciate the “attacking tone” of Weiss’ questions during the seminar.

“I was embarrassed that they experienced that level of hostility from a faculty member on our campus,” Burciaga wrote.

“I’m exhausted and disgusted by Karen antics that silence BIPOC voices in the academy,” she added in a subsequent email. 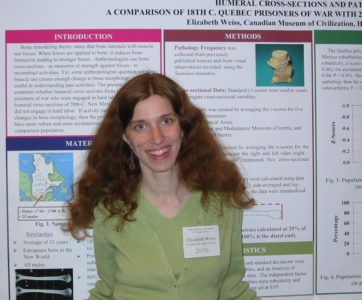 Weiss (pictured) has also become a lightning rod among anthropologists nationally after some of them caught wind of the August publication of Repatriation and Erasing the Past, a book she co-authored with attorney James W. Springer.

In the book, Weiss and Springer criticize repatriation laws that require human remains to be returned to Native American ancestral burial grounds. The authors argue that ideology should not trump science, and that remains with only a tentative relationship to the tribes that claim them should be kept for research.

The book was widely criticized among progressive archaeologists, with University of Alabama-Birmingham Egyptologist Sarah Parcak calling it “racist garbage” and saying it “needs to be pulled immediately.”

Academics across the country — including some at SJSU — signed an open letter urging the University Press of Florida to reconsider publishing the book. Director Romi Gutierrez refused to cancel publication, but did issue a statement apologizing for all the “pain” the book caused.

“It was not our intent to publish a book that uses arguments and terminology associated with scientific racism,” Gutierrez said.

Weiss’ own chair, Gonzalez, sent an email to the department reinforcing her academic freedom, but added a sharp criticism of her work.

“After having carefully read the book, I disagree with both the substance and style of Repatriation and Erasing the Past, including its dismissal of Native American epistemologies and [indigenous] scholarship, its Victorian-era approach to anthropological inquiry, and its linear, pre-Kuhnian view of scientific progress,” Gonzalez wrote.

Weiss responded with a letter of her own, calling the accusations of racism in the open letter by scholars and in the University Press of Florida’s response “blatantly false.”

“I am surprised and disappointed that this false narrative continues to be promoted,” she wrote, “not least because making bogus claims of racism makes the fight against genuine racism more difficult.”

She noted not a single reviewer, board member, editor, or copy editor raised any concern about racism in the book. She ended her letter with a quote from former First Lady Michelle Obama: “When they go low, we go high.”

Nonetheless, at the end of his letter, Gonzalez announced a “series of virtual events that address topics having to do with inequity and bias in the social sciences, so that we can all be well informed about these crucially important issues.”

The first speaker Gonzalez invited to present during his seminar on March 23 was Agustín Fuentes, an anthropology professor at Princeton whose father is Spanish and whose mother is a white American.

“Dr. Fuentes started his talk by denying cancel culture existed and ended his talk by blaming whites for crimes on Asians perpetrated by blacks,” Weiss told The Fix.

Soon, Weiss requested her own speaker series called “Combatting Cancel Culture: Why Diversity of Thought Still Matters.” Her request was denied, with Gonzalez saying the department was out of money and staff resources. He suggested she work with Professor Jonathan Roth of the SJSU history department, whom he had heard was organizing a similar seminar.

Weiss’ presence in the department flared up again on April 15 when she delivered a virtual presentation at the Society for American Archaeology annual meeting in which she argued against using religion and myth in archaeology and instead more hard science.

In her presentation, Weiss argued that many Native American creation myths stemming from oral traditions have worked their way into scientific research and are given as much weight as scientific data such as DNA.

“By promoting objective knowledge and scientific reasoning, we would say that we are doing our best to help students, colleagues and the public understand the world around us, and negating the misinformation promoted by creationism,” Weiss told The College Fix in an email.

“After careful review of the recording, the SAA board finds the presentation does not align with SAA’s values, and so has chosen to not re-post it at this time,” it read.

In June, Gonzalez and SJSU College of Social Sciences Dean Walter Jacobs held a symposium for the Council of Colleges for Arts and Sciences that they titled “What to Do When a Tenured Colleague Is Branded a Racist.”

During the talk, attended by nearly 40 scholars, Gonzalez bitterly criticized Weiss (whom he gave the pseudonym “Professor Jones”), saying that while she was highly regarded in the area of physical anthropology, she was using “classic scientific racist” arguments in her book.

He cited “students of color who felt really threatened and doubtful about whether our department was an appropriate place for them.”

“It was silly to have a pseudonym,” said Weiss. “I’m the only physical anthropology professor in the department, I’m tenured, our department only has seven people who are professors, the rest are lecturers, only four of us are female.”

“It would take anyone literally two minutes to find out my real name.”

During the symposium, Gonzalez attacked Weiss personally, saying, “I would hardly describe her as a warm and fuzzy person,” adding she was “carrying some libertarian torch of some kind or another.”

He complained of the lack of avenues available to sanction a fully tenured professor, and said if he was on her tenure review committee he might argue her behavior is “academic incompetence.”

“Does she call anyone horrible names?” he said. “No. It’s scientific racism, so it’s the sort of racism that is subtle and couched in the language of scientific research.”

He even added that he had envisioned a scenario in which Weiss (or “Jones”) would lock herself in the curational facility, clinging to bones so they wouldn’t be repatriated. And he added the purpose of his speaker series was to push “in the opposite direction of this racist colleague.”

“He was basically slandering me,” Weiss said.

“The use of the term ‘incompetence’ is really problematic,” Weiss said. “That’s the term our university uses if they want to get rid of somebody.”

When Weiss asked for a letter of apology for her department chair calling her a racist, Jacobs told her during an August 6 call that none would be forthcoming.

“The dean also hinted that he was getting pressure (but from whom I don’t know) to silence me, not support me, or even to denounce me, but that he has said that he continues to support my academic freedom,” she said in an email to The Fix.

Jacobs declined numerous requests for comment by The College Fix.

Weiss noted that not only is she tenured, she is fully tenured, meaning the school can no longer hold the threat of no future advancement over her head.

“I think they would love to get rid of me,” she said. “But I don’t think they’re going to.”

She noted they could withhold resources from her and give her bad class schedules, but removing her wouldn’t be worth the hassle.

“Plus, I didn’t do anything wrong,” she said.