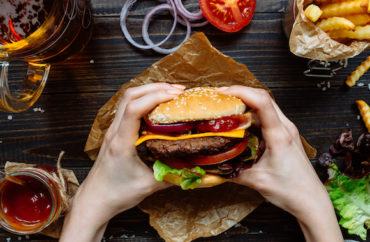 The Oxford University Student Union recently voted to ban the serving of beef and lamb at various campus eateries, citing the need to be a leader in the fight against climate change.

According to the Oxford Mail, individual colleges within the university ultimately would decide whether to initiate the meat restrictions.

“As the UK’s premier university, the nation looks to Oxford for leadership, but Oxford has shown a lack of leadership in addressing climate change,” the resolution reads. “The banning of beef and lamb at university-catered events and outlets is a feasible and effective strategy to help the university meet its revised 2030 goal.”

The motion also stated that the university’s “commitment to anti-racism” necessitates action against climate change.

Beef and lamb were singled out because they have the greatest CO2 output compared to other animal products.

The Beet notes campus “butteries,” late-night eateries which “follow their own policies,” would be exempt from any ban.

The Student Union vote was 31-9, but as is the case with college student governments, the motion isn’t binding. Oxford U. officials will have the final say.

From the Beet story:

By banning lamb and beef from campus eateries, the school would be getting closer to its target of cutting 5 percent of carbon emissions by 2030. “The banning of beef and lamb at university-catered events and outlets is a feasible and effective strategy to help the university meet its revised 2030 goal,” the motion explained.

These Oxford students are representing the younger generations, specifically Millennials and Gen-Z, who are motivated to eat plant-based for the environment. Recent data showed 35 percent of Gen-Zers say they’ll be plant-based by 2021. …

In the U.S. colleges have yet to make bans such as these U.K. universities but are trying to become more plant-forward. Colleges such as Yale University, University of Colorado Boulder, Wesleyan University and the University of California San Diego were recognized as the most vegan-friendly college by VegNews.

One strategy Oxford could consider is what Cornell University did almost two years ago: clandestinely replace beef with ground-up mushrooms.

Read the Mail and Beet articles.

MORE: Prof releases study of how many hot dogs a human can possibly eat