A Bucks County, Pennsylvania school district proposal would prohibit students from sharing any messages not related to school activities.

This means Pennridge School District students “quite literally,” as the Foundation for Individual Rights and Expression put it, would not be able to hand out Valentine’s Day cards, birthday invitations or wear a button supporting a political candidate.

The new proposal even would penalize students for “showing a friend an Instagram post at lunch,” according to FIRE. If all this sounds too ridiculous to be true, see for yourself:

[S]tudents would be prohibited from sharing “any printed, technological or written materials, regardless of form, source, or authorship, that are not prepared as part of the curricular or extracurricular program of the district, including but not limited to fliers, invitations, announcements, pamphlets, posters, online discussion areas and digital bulletin boards, personal websites and the like.” 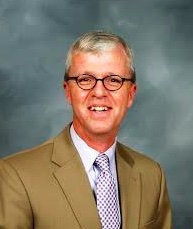 Pennridge Superintendent David Bolton (pictured) conceded the point at a meeting back in June, saying that while he “promised” things such as handing out Valentine’s Day cards wouldn’t be affected, “technically, it may very well.”

From the FIRE report:

As written, the policy can’t be squared with the First Amendment or previous Supreme Court rulings on student expression. As a result of the policy’s staggering scope, students would be subject to punishment for engaging in protected speech of all kinds.

The ACLU of Pennsylvania is also speaking out: Legal Director Witold “Vic” Walczak told WHYY, “I’m almost speechless at just how overbroad this policy is,” and said that the policy goes “way further than anything I have ever seen.”

The FIRE letter invokes the classic Tinker case which said “public school students do not shed their First Amendment rights at the schoolhouse gate.”

“Indeed,” the letter states, “were Pennridge students to hand out flyers suggesting that students wear black armbands to protest military action, like Mary Beth Tinker did more than fifty years ago, they would run afoul of [Pennridge’s] proposed policy, even if no disruption whatsoever resulted or could be reasonably forecast.”

In 2002, the Third Circuit Court of Appeals — which covers the Pennridge District — struck down a school policy which prohibited students from possessing any material which is “racially divisive or creates ill will or hatred.” It said that “an idea’s generating ill will is not a sufficient basis for suppressing its expression.”