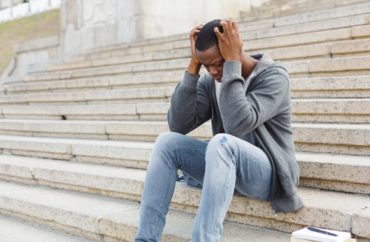 Chose COVID-19 fine because it was cheaper, then got suspended

Pennsylvania State University is using municipal police to enforce its COVID-19 rules off campus and does not deny giving drastically different punishments to students who violate the same rules.

A Penn State student told The College Fix his roommate was suspended for a party they had a few weeks ago at their off-campus, non-university apartment in State College, even though the police visit was triggered by a noise complaint.

He alleged that enforcement was resulting in vastly different sanctions for the same alleged behavior. Another friend who “had a similar thing happen to him” only got probation.

“It feels like it is very subjective of who is getting what in terms of disciplinary action,” the student claimed in a phone interview Wednesday. “There is not a hard line and there really wasn’t a hard line initially imposed by the university” at the start of fall semester.

While the COVID-19 compact that students signed at the beginning of the semester said they could be suspended or expelled for breaking its rules, it did not specify the thresholds for severe punishments.

One of the rules requires following “physical distancing requirements” in “any other context off-campus that requires distancing.” It requires them to “affirm that I will deliberately engage in practices that discourage the spread of coronavirus.”

“[A]ny off-campus misconduct also can be reported to our Office of Student Conduct” and will be investigated for possible violation of the Student Code of Conduct, she said. This appears to be how the university learned of the fine issued by the State College Police Department.

Powers said punishments vary depending on the circumstances of each case, so she won’t “speculate” on this one.

“School policies are not always designed to handle off-campus incidents,” Kimberly Lau, a partner at Warshaw Burstein who has represented students in COVID-19 violation proceedings, told The Fix in a phone call. “It is like trying to fit a round peg into a square hole.”

Penn State recently bragged about charging almost 1,300 students with COVID-19 violations, with one in six receiving more than just a warning. It also signed an agreement with State College last week for campus police to enforce municipal COVID-19 restrictions on campus.

“Penn State is committed to the health and safety of our campus community and the communities surrounding our campuses,” Powers told The Fix. “It is up to each one of us to continue to do our part to mitigate the spread of what, for some, is a deadly virus.” 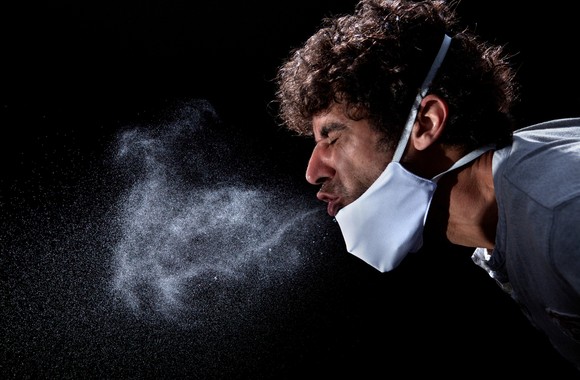 Not punished because he didn’t answer the door

The student told The Fix that police arrived at their door at 1:30 a.m. not for violating the university’s size limit on social gatherings – “we had a lot of people” – but in response to a noise complaint.

His roommate went out to talk to the officer, who gave him two options: pay a noise fine around $600-700 or a COVID-19 violation fine of $300. Not realizing the consequences it would have with Penn State, the roommate chose the cheaper option. The four roommates split the fine.

Soon after, the roommate got an email from Penn State calling him to a disciplinary meeting. He brought his father as his representative. Administrators told him he would be disciplined for violating the COVID-19 compact students signed as a condition of their return, according to the student who spoke with The Fix.

Only the roommate was charged. The student believes this happened because only his roommate’s name was on the fine.

The recommended sanction was suspension, which would be finalized at his hearing panel Thursday, a week and a half later.

The accused sophomore could potentially be out $18,000 for the semester and is now enrolled in community college classes online so he doesn’t fall behind, his roommate told The Fix. The student The Fix spoke with has not responded to a subsequent query about the outcome of the hearing.

The student’s mother originally notified The Fix Oct. 5 about the incident. Some of her details are slightly different, including the amount of the fines: $600 for noise versus $400 for COVID-19 violation.

She also said the roommate, an out-of-state student, has already gone back home. Two days later, her son said his roommate was still in his classes at Penn State, though he didn’t specify if the classes were in person or online.

“I feel bad for any student who is trying to complete their coursework at Penn State given the draconian measures the administration has put upon the students in their attempt to keep them from gathering,” the mother wrote in an email.

A high-achieving student with no ‘previous violations’

Campus enforcement of the COVID-19 rules “has been very, very strict,” the student said. “I know they have given out fines on campus for non-compliance with the COVID-19 compact,” and university representatives are “around campus and in common areas to enforce guidelines.”

But Penn State has given out harsher punishments for off-campus violations as the semester continued, even as its punishments show inconsistencies, he claims.

“Early in the year, the first couple weeks of the [fall] semester, we heard of people having the same incidents and they were getting lesser punishments than my roommate got,” the student said. And yet another friend who “had his meeting this morning” for a similar violation got a “slap on the wrist” – probation.

They suspect that the punishments depend on the case manager, which highlights the unfairness of the enforcement system, he said.

Spokesperson Powers told The Fix “a number of factors” go into determining a student’s punishment. They include “if there have been previous violations, if alcohol or drugs are present, if there is a failure to comply, disorderly conduct or a host of other possible additional behaviors” that she did not specify.

The student told The Fix his roommate has a high GPA and had never been in trouble with the university before.

MORE: Colleges use COVID to restrict how students can defend themselves

Penn State could argue that the punishments have become harsher because students have had time to adjust to the rules, according to Lau, the lawyer who represents accused students.

“I definitely hear a very common theme in these cases is a lack of notice and an understanding of how extreme the punishments could be,” Lau said.

“The punishment part” of the COVID-19 compact “was very, very vague and it didn’t really provide any sort of guidance for what the discipline would be for failure to comply” with a given rule, the student said.

Lau told The Fix she has not seen any other cases where only one host of a party was charged for a COVID-19 violation. She has only seen punishments that were more severe for the party’s host than for its guests.

It’s not uncommon for the police and college to share information, as happened in this case, according to Lau. “The public schools in certain districts, they do have a close relationship with local law enforcement, so the sharing of information is almost an expectation,” she said.

The police may have been motivated to tell Penn State for fear that the novel coronavirus could spread if the students still had in-person classes, she added.

About the Author
Lexi Lonas
College Fix contributor Lexi Lonas is a graduate of Penn State Altoona. She is an intern for National Review Institute. A summer 2019 College Fix fellow, she worked at the Daily Caller. She is a columnist for the Lone Conservative and her work has been published in the Daily Signal. She interned for the Washington Examiner in 2020 and she is slated to begin a yearlong fellowship at The Hill in 2021.