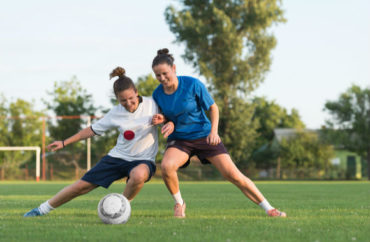 Gillette’s new commercial for its razors has polarized the right side of the pundit spectrum, with some arguing it doesn’t attack masculinity and others arguing it treats masculinity itself as “abusive.”

Political progressives, you might guess, are having an entirely different conversation.

“[T]he truth is, men can get a lot better,” wrote the majority-female Daily Collegian editorial board at Pennsylvania State University, using the Gillette ad as a starting point for their grievances with the opposite sex.

All the board’s women “reported a bare minimum of being patronized or demeaned in some capacity” by men, and “the persistence and frequency of these types of actions have done damage to women’s psyches, confidence and self-worth — and no man has any right to lessen those,” according to the editorial.

It goes back to the upbringing many men have received, “in houses that adhered to the rigid societal norms of playing sports and enjoying the outdoors, being hyper-masculine.”

The rest of the editorial tries to backpedal from the narrative that men from these households are “wholly incapable of being empathetic toward women, or that they won’t stand up when there’s an injustice,” or that these households can’t teach young men to “treat women with respect and dignity even while subtly adhering to these stereotypes.”

But it never bothers to explain why activities widely enjoyed by both sexes are “hyper-masculine.” It makes another curious, unexplained assertion further down: that “being talked over” is an example of “toxic masculinity.”