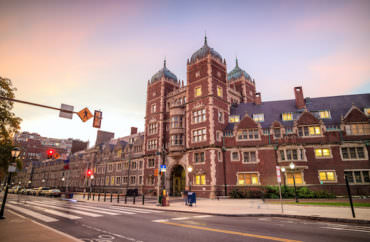 The University of Pennsylvania recently announced that it will stop publicly displaying a collection of skulls after some students decried the display as racist.

The Penn Museum at the Ivy League university in Philadelphia will no longer display any of the skulls from eugenicist Samuel George Morton.

“The Penn Museum is relocating to storage the part of the Morton Collection that has been located in a classroom within its Center for the Analysis of Archaeological Materials before the end of July,” the university states on its museum website.

“In addition,” the statement adds, “the Museum is beginning to explore the possibility of repatriation or reburial of the crania of enslaved individuals within this Collection.”

“This is a complicated issue, given that not much is known about these individuals other than that they came to Morton from Cuba, but one that we are committed to working through with heritage stakeholders in an ethical and respectful manner.”

The move comes after criticism of the university for displaying the skulls.

Gabriela Alvarado, a student at the school, wrote in the Daily Pennsylvanian in late June that the university’s support for Black Lives Matter is undermined by its ownership of the skulls. She called it a “racist, oppressive, and a violation of basic human rights.”

“Many were brutally exploited by colonialism when they were alive, and now they rest in a predominantly white institution,” Alvarado wrote. “A person’s right to decide where they rest after death is not only a fundamental human right, but it is our agency.”

Her op-ed echoed the demands of a group on campus called “Police Free Penn,” which called for the “immediate return of the crania and other samples of bodily tissue housed in the Morton Collection at the Penn Museum,” among other demands published in Medium.

Alvarado’s column admits this will be a difficult task: “These people belong with their descendants. They belong in their homelands. Finding those descendants will, no doubt, be a daunting task, but one that must be endeavored, nonetheless.”

The skulls were acquired by Morton in the 1830s and 1840s, making them around 190-years-old. A statement on the Penn Museum website makes clear the university is aware of Morton’s legacy and is not attempting to glorify him.

“This website is not a memorial lauding Morton or his scholarship. Rather it is a destination for scholars or anyone else interested in the history of anthropology or race issues,” states the entry on the museum website.

Penn also announced in early July that it will remove the statue of George Whitefield, an 18th-century preacher who the university said helped promote slavery.

That claim has been disputed by some historians who are skeptical of Whitefield’s role in advocating for slavery.