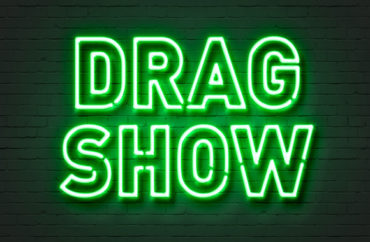 A southeastern Pennsylvania high school will be hosting a drag show — during school hours — on May 22, as part of an all-day event.

The program at Landsdowne’s Penn Wood High School, titled “Coming Home,” is sponsored by the school Gay-Straight Alliance. The drag show portion of the event is slated for the afternoon “Singing and Runway Performances,” and is followed up with a “History of Drag” after a video presentation about the 1969 Stonewall Riots.

Morning sessions include “Being an [LGBTQ] Ally” and “LGBTQ+ Health Issues.” 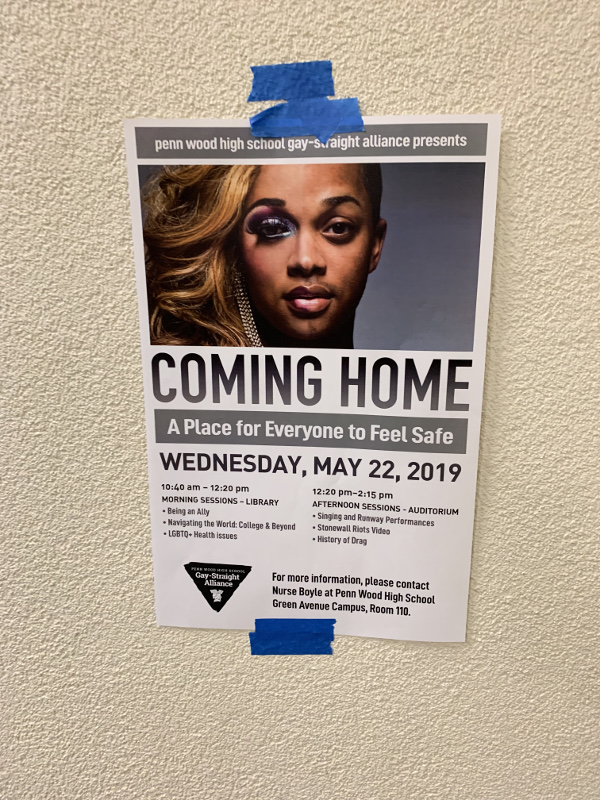 The College Fix was alerted to the event by a source within the Willian Penn School District who wishes to remain anonymous. “There are many religious people in this community,” including an estimated 15-20 percent Muslim population at Penn Wood, according to the source. “Most of them have pulled their kids out of PWHS and sent them to parochial or Christian schools, but they still pay taxes to the school district. There are also many African Christians, who would be alarmed [at this program].”

The source claims the event has been well advertised within the school (see included photos) but not elsewhere, and that Penn Wood has dealt with an “LGBT explosion” following the retirement of the last superintendent:

[Superintendent Joe] Bruni seemed to keep the more egregious LGBT genies in the bottle. He did not allow drag shows. He also turned down the drama director when she originally proposed RENT as a school musical. Since Mr. Bruni’s retirement  years ago […] the high school has offered special scholarships for LGBT students [and] there has never been any significant pushback against the LGBT agenda in this school.

Trans and gay kids are quite open in their expression at the school. The daily gay pride parade show in [the] hallways contributes to the already unruly atmosphere … 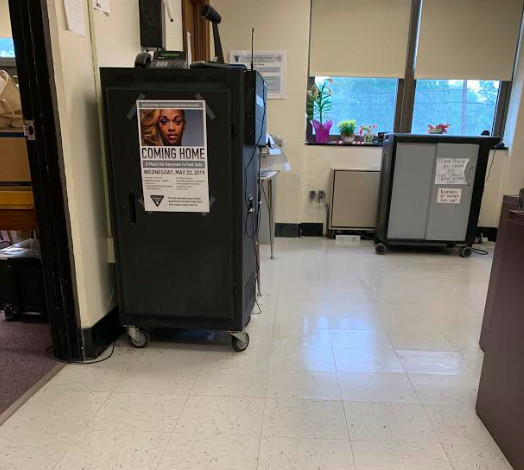 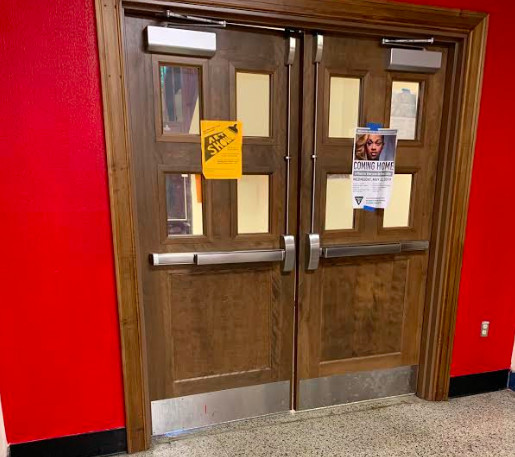 The College Fix contacted the event sponsor, school nurse Tracy Boyle, and she responded that William Penn School District Public Relations Coordinator Pam Bookman would “follow up” with us. After 24 hours and no reply from Ms. Bookman, the Fix emailed her asking for comment. No response was received.

The district source also points out that there is a Christian club that holds meetings at the school, but after school hours. This is in contrast to the accommodations made for Muslim students such as using the school gymnasium for Ramadan prayers.

“Students are excused from classes on a daily basis for their religious obligations” during this time, the source claims.