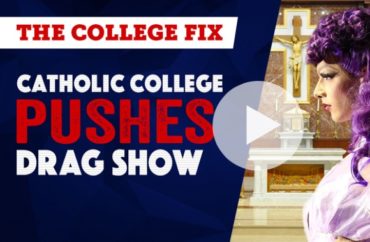 A student at a Catholic college was investigated after he criticized its drag show. One young man decided to speak out in the name of his Catholic heritage at his Catholic university — and the university immediately put him in a Title IX investigation. What is going on here? We explore this issue on the latest episode of Campus Roundup.