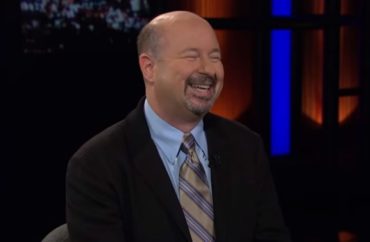 President Trump gets a lot of rightful criticism for his (thankfully empty) promises to weaken libel law, to make it easier to sue his critics.

But the heroes of the left aren’t necessarily consistent on the issue. Pennsylvania State University’s Michael Mann, who popularized the “hockey stick” theory of climate change, has been trying to destroy National Review for criticizing the scientific validity of his methods.

His defamation lawsuit, inexplicably, has dragged on for seven years, stuck in the legal backwater that is the municipal District of Columbia courts. It was overwhelmingly opposed by the journalism industry from the start.

It should not be a close call that criticizing a public figure like the celebrity scientist Mann, even in loaded and offensive terms, is protected by the First Amendment, not to mention D.C.’s own anti-SLAPP law.

Yet the Supreme Court recently passed up a chance to overturn this nonsense, rebuke the petty tyrant of Penn State and reaffirm the primacy of the First Amendment – despite its penchant under Chief Justice John Roberts for vigorously protecting First Amendment rights.

The result is that Mann’s lawsuits will go to trial in one of the most Democratic jurisdictions in the country, which approved a “zero emissions” law earlier this year. (He also filed suit against the Competitive Enterprise Institute, which published similar criticisms.)

National Review accused the high court of “napping while on duty” but kept its chin up, predicting that it will prevail. It pointed to the only bright spot of the disaster, a stinging seven-page dissent by Justice Samuel Alito:

The petition in this case presents questions that go to the very heart of the constitutional guarantee of freedom of speech and freedom of the press: the protection afforded to journalists and others who use harsh language in criticizing opposing advocacy on one of the most important public issues of the day. If the Court is serious about protecting freedom of expression, we should grant review.

The questions before the court, Alito says: “whether a court or jury must determine if a factual connotation is ‘provably false,'” and how the First Amendment applies to a “subjective opinion about a matter of scientific or political controversy.”

And there’s every reason for the Supreme Court to review the “acknowledged split” among lower courts on the first question. It would be “highly technical” for a jury to decide whether National Review‘s claims about “Mann’s use of scientific data can be shown to be factually false,” Alito wrote, and jurors are more likely to be swayed by their “preconceptions” on an issue as controversial as climate change.

One particular danger is forum shopping, where plaintiffs search for a jurisdiction “likely to have the highest percentage of jurors who are sympathetic to the plaintiff’s point of view” and file suit there, the justice continued.

The second question is existential for the United States. Without First Amendment protection for “robust and uninhibited debate on important political and social issues,” including “the expression of unpopular views,” Alito wrote, “real self-government is not possible.”

The high court, not the Keystone Courts of The Swamp, must decide how to treat an “allegedly defamatory statement [that] is couched as an expression of opinion on the quality of a work of scholarship relating to an issue of public concern,” he said.

The closest prior ruling – 1990s’s Milkovich – simply said that calling someone ignorant for “accepting the teachings of Marx and Lenin” was not actionable defamation, Alito noted, but not why.

The justice was even more baffled why the court had granted cert on speech cases that make “no great contribution to public debate,” including two involving subjectively offensive trademarks, if it was unwilling to protect speech on public debate.

It even protected verifiably false speech (claiming to have won the Congressional Medal of Honor) and protests against a soldier at his funeral, Alito noted. There’s a good reason why:

[T]he protection of even speech as trivial as a naughty trademark for jeans can serve an important purpose: It can demonstrate that this Court is deadly serious about protecting freedom of speech. …

Climate change has staked a place at the very center of this Nation’s public discourse. Politicians, journalists, academics, and ordinary Americans discuss and debate various aspects of climate change daily—its causes, extent, urgency, consequences, and the appropriate policies for addressing it. The core purpose of the constitutional protection of freedom of expression is to ensure that all opinions on such issues have a chance to be heard and considered.

If a publication has to risk trial every time every time it makes “claims and counterclaims about the validity of academic studies,” the First Amendment is dead letter, Alito made clear:

A journalist who prevails after trial in a defamation case will still have been required to shoulder all the burdens of difficult litigation and may be faced with hefty attorney’s fees. Those prospects may deter the uninhibited expression of views that would contribute to healthy public debate.

Journalists who are too scared to make contested claims about a public figure for fear that even a successful trial could bankrupt them? Someone on the other side of Pennsylvania Avenue from D.C.’s courts would like the sound of that.