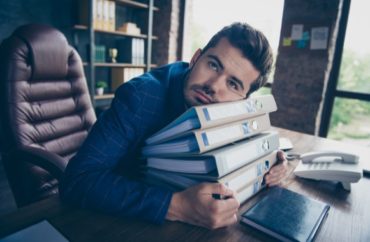 The fight against restrictive college speech codes might have received new ammunition from an unlikely pair: trademark law and fashion.

The Supreme Court struck down the U.S Patent and Trademark Office’s prohibition of “immoral or scandalous” names in trademarks. The 6-3 majority opinion by Justice Elena Kagan took issue with the Lanham Act for making viewpoint-based determinations, and thus infringing on First Amendment rights.

A law professor and civil-liberties group separately told The College Fix that the decision in favor of fashion company FUCT is a boon for lawsuits against campus speech codes, bias response teams and other college policies that punish the content of speech.

John Banzhaf of George Washington University went so far as to claim that the ruling –  in combination with President Trump’s executive order on campus free speech – could have “the same revolutionary impact that Title IX complaints have had on allegations of sexual assault.”

Importantly, the Supreme Court has provided “a directive to lower courts as to the mode of analysis they should employ when addressing a facial challenge to a viewpoint discriminatory law,” according to Marieke Tuthill Beck-Coon of the Foundation for Individual Rights in Education.

Similar to punishing students for ‘All Lives Matter’ message

FIRE and nonprofit membership organization Speech First have gone to court several times to challenge college policies that treat speech differently based on its content, punish a broad range of speech or fail to specify what speech is punishable.

They have a mixed record. A federal judge in Texas recently threw out Speech First’s challenge to the University of Texas-Austin, saying its bias response team doesn’t credibly threaten student speech even if Speech First’s anonymous student members feel compelled to censor themselves.

But Banzhaf, the law professor, wrote in an email blast Monday that the ruling could be a game-changer for student speech rights, given the viewpoint-based judgments inherent to most speech codes.

The PTO rejected his trademark application for the brand name because of an existing federal bar against names that denigrate “society’s sense of rectitude and morality,” or defy its “sense of decency or propriety,” according to Kagan’s majority opinion.

These trademark rules are viewpoint-based and hence infringe speech, the court ruled.

Kagan noted the PTO denied a mark for pain-relief medication – “YOU CAN’T SPELL HEALTHCARE WITHOUT THC” – but approved one for the term “SAY NO TO DRUGS—REALITY IS THE BEST TRIP IN LIFE.”

Hence, the government favored a company that disparages drug use and engaged in viewpoint discrimination against the other, the opinion concludes.

This was a 6-3 decision in favor of the brand @FUCT.

The treatment of Black Lives Matter organizations on campus is illustrative of how campus speech codes are related to viewpoint discrimination against trademark applications, Banzhaf told The Fix in a phone interview.

“The problem is when you say ‘Black Lives Matter,’ by implication, some argue, you are in fact denigrating all lives,” said Banzhaf, whose specialty is public-interest law. “Shouldn’t Asian and white lives matter as well?” Yet student organizations that reply to pro-black statements with “White Lives Matter” or “All Lives Matter” could be sanctioned by administrators for discriminatory speech.

“The university, and African-American students, prohibit anything that might [be seen as] derogatory towards them,” Banzhaf continued. “The problem is there’s lots of things that might be said that an African American might find derogatory,” including valid discussions of affirmative action.

The Supreme Court’s ruling is “directly contrary” to the purpose of speech codes, which is to “try to shield people from anything that some protected group might find offensive,” he said.

It could be an even bigger legal cudgel against campus speech codes than trademark rules, the law professor predicted. Refusing to register a trademark does not prevent speech, whereas sending “squads” against students and threatening them with “suspension or expulsion … is a much worse example of chilling speech.”

Asked to weigh in, Speech First President Nicole Neily declined to comment on the litigation at this time.

‘Crystal clear admonition from the Supreme Court’ to public universities

The Iancu case follows the previously decided Matal v. Tam, which favored the Asian-American rock band The Slants. The high court struck down a ban on “disparaging” trademarks as viewpoint discrimination as well.

The FUCT case drew several friend-of-the-court briefs, all but one making similar arguments as the court upheld in Matal.

The American Intellectual Property Law Association’s brief quotes the court’s Rosenberger decision: “It is axiomatic that the government may not regulate speech based on its substantive content or the message it conveys,” as opposed to its “subject matter.”

The FUCT ruling “gives additional force to arguments we’ve long been making,” previously helped by the Matal ruling, FIRE’s Beck-Coon told The Fix: “that public university speech codes that employ language of this type unconstitutionally restrict ideas that affect, and that are effective to, society.”

It will continue litigating speech-code cases with this “additional crystal clear admonition from the Supreme Court, on how other courts must approach college policies that penalize ideas that society finds immoral or scandalous,” she said.

The ruling simply adds heft to President Trump’s executive order on campus free speech, which goes even further by covering private schools that “interfere with free speech,” Banzhaf claimed. “This opens up a whole new ballpark, and it won’t be long until somebody files their first complaint.”

He compared the speech-code situation to that of the early 2010s, where “allegations of rape were largely ignored or put down because universities didn’t want the reputation of being RapeU.”

When “a bunch of activist students started filing complaints under Title IX” and threatening the federal funding of colleges, universities started “treading so softly” that many took accusations as fact, he said:

Everybody would agree this caused a major sea change – they now take rape very seriously. I think the same thing may happen if students or an organization like FIRE, Speech First, or the ACLU files a formal complaint with these federal agencies.

“The group that has been largely silent on this topic” is science, technology, engineering and math academics. If STEM funding gets caught in the cross hairs of a dispute over a speech code or because “you went after a student for saying this word … the expectation is that many of these scientist-engineer types will pick up the phone to the president to say ‘hey my funding is at stake here,” he said.