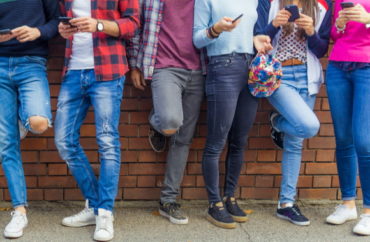 Nearly two-thirds of college students think they will not become infected with coronavirus by the end of this year, according to the results of a new College Fix poll.

The online survey of 1,000 college students fielded May 20-21 asked: “Do you think you will become infected with coronavirus by the end of this year?”

The student poll was conducted last week exclusively for The College Fix by College Pulse, an online survey and analytics company focused on college students.

Broken down by politics, more Democratic students think they will become infected, 39 percent, compared to Republican students at 27 percent.

In terms of gender, more females reported that they expect to get it verses males, at 35 percent versus 31 percent, respectively. As for race, whites reported the highest percentage of expectancy at 36 percent, followed by black students at 34 percent, Latino students at 27 percent, and Asian students at 24 percent.

In the comments section of the survey, where students have the option to weigh in on the poll question, a variety of responses was fielded:

Arizona State: Almost all of us will and have to, eventually. I hope I do by the end of the year so I can have immunity.

UCLA: I’m gonna be in med school so probs.

UMSL: I can’t say for sure that I have, but the owners of my workplace are from Thailand. They visited there shortly after Christmas. Sometime in February I got the strangest type of sick. I was exhausted like nothing I’ve ever experienced; my eyes were sore. I had a cough and I remember thinking it was so strange that it wasn’t the nasty phlegmy cough I normally get when I’m sick. Then every person except one in my department got sick. One girl had a fever of like 104; she felt so sick she didn’t even feel strong enough to stand up. Like I said I can’t be sure, but it seems like we had symptoms.

Michigan Technological University: We already know from many studies that many more people than we thought have been infected without showing symptoms. We’ve also seen studies pointing to fewer infections in populations that aren’t locked down but still following social distancing.

UTC: Working in a hospital, my contact with possibly infected individuals that aren’t showing signs is high, especially since the tests take a while to come back with positives or negatives.

UMich: It’s probably just a matter of time. I mean if I keep living my life like this maybe not, but if in-person classes start again [I don’t know] how much my hygiene can really protect me.

Arizona State: I know this sounds super fucked but I’d almost rather … get it out of the way? My brother had it and it knocked him on his ass (we have virtually all the same medical issues and such), but he was fine in about two weeks. …

Rowan: Until there’s a vaccine or enough people have had it to provide herd immunity, everyone is gonna get it unless they continue living in quarantine. …

Brown: If I go back to school in the fall, then probably 🙁

IUP: OPEN AMERICA NOW!!! The stay at home order will do more damage than the virus itself … abuse, sexual assault, alcoholism, depression, and suicide just to name a few has all gone up rapidly.

Wright State: For those who have already had it, what was it like? My county has only had 13 cases and they’ve all recovered and I’m curious to hear some first-hand accounts.

UNH: I’m taking social distancing super seriously but I’m the only one in my family who is and it’s so frustrating.

The initial sample was drawn from College Pulse’s undergraduate student panel that includes over 240,000 verified students representing more than 800 different colleges and universities in all 50 states.

Panel members are recruited by a number of methods to help ensure diversity in the panel population, including web advertising, permission-based email campaigns, and partnerships with university organizations.

The margin of error for this survey is plus-minus 3.5 percent.