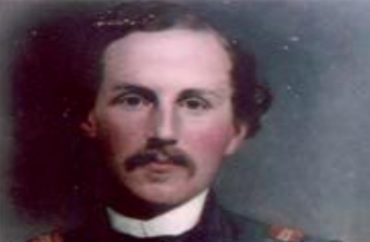 A Princeton University exhibit which was to feature the works of Jewish-American artists has been canceled — because two of the honorees were members of the Confederate army.

The exhibit was funded by 1953 Princeton graduate Leonard Milberg, who has donated over 13,000 items to the university, The Daily Princetonian reports.

At issue are the artists Moses Jacob Ezekiel (right), the artist behind “Faith,” a “64-inch marble sculpture of a boy grasping a flaming lamp in one hand as he raises his other hand to the heavens,” and painter Theodore Moise.

Both fought for the Confederacy during the Civil War.

In a statement, Princeton deferred to University Librarian Anne Jarvis claiming it was a matter of her “academic freedom […] to decide what was appropriate for the gallery.”

Princeton spokesman Michael Hotchkiss said the decision to call off the exhibit ultimately fell to Milberg “following disagreements between the library and [himself] on the show’s composition.” 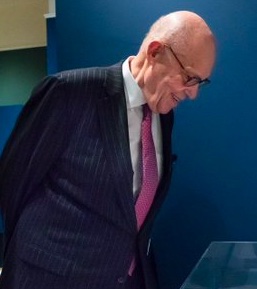 Milberg (left) had a different take, and in a Sunday Daily Princetonian op-ed said the library, with the university’s backing, “was unwilling to show the exhibit” featuring the two Confederates.

Milberg points to the many accolades the works of both Ezekiel and Moise have received over the decades, and notes a few years ago Princeton hosted some of his Irish prose collection which included the work of several antisemites.

MORE: U. Maryland ditches ‘state song’ because of its ties to the Confederacy

“I felt that I should not erase history but learn from it,” Milberg writes.

I am fully aware of the terrible injustices that have been and continue to occur to Black Americans, which were graphically illustrated by the killing of George Floyd. Our society has a responsibility to eliminate racism, and I understand the motivation behind the removal of Confederate statues. Neither Moise nor Ezekiel’s works, intended for the exhibition, are Confederate monuments, nor do they reference the Confederacy in any way.

Though not comparable in degree to the unconscionable treatment of Black Americans, antisemitism continues to thrive. One of the reasons I sponsor American Jewish exhibits is as an attempt to bring to light the fact that Jews were, and continue to be, part of the fabric of American life.

Milberg added the imbroglio has “made him reconsider his personal ties” with Princeton.

“It’s certainly something that has set me back,” he said. “I was really stunned by the University taking this position. I hope we return the way it was, but I was so hurt by the way it was done.”

MORE: School to strip name of Confederate general who advocated for black suffrage