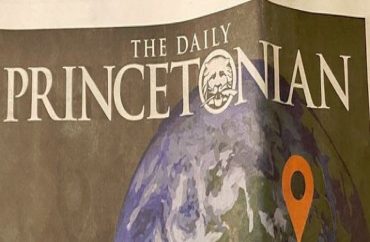 It’s a bit concerning to ponder the number of budding journalists that hold an “I believe in free speech, BUT” view.

The latest example comes from Princeton University where a white visual arts professor used the n-word (ending in “a”) in a discussion of Jonah Mixon-Webster’s anthology “Stereo(TYPE).”

Mixon-Webster is a black poet.

“Multiple students” told The Daily Princetonian that Joe Scanlan’s use of the word was his own — asking “how the word functioned in the text” — and not a direct quote from Mixon-Webster’s work. Scanlan disputes this.

Princeton senior Omar Farah, a student in Scanlan’s class and managing editor of The Daily Princetonian, filed two official complaints with the university regarding the professor and penned an op-ed denouncing Princeton’s response to the issue.

Daily Princetonian social media staff member David Smith, also a student in the class, said Scanlan should be terminated for using the n-word: “They can’t fire him for saying that word, but they can fire him for being incompetent and intentionally causing harm, of which I think he did both.” 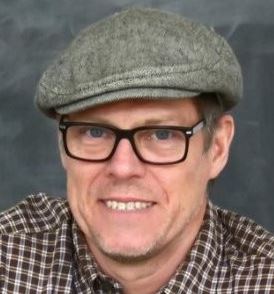 While not explicitly calling for Scanlan’s ouster, Farah — a “strong advocate for free speech” according to his op-ed — agreed with Smith’s assessment.

“[F]ree speech does not mean we should tolerate harassment, and it should not stop us from insisting upon consequences for reckless and harmful speech,” Farah wrote.

Scanlan (pictured), who according to his personal website is responsible for the “total overhaul” of Princeton’s Visual Arts Program, allegedly has a “history of racially charged art projects” including producing work “under the guise of a fictional Black woman.”

Scanlan eventually apologized to students in his “Words as Objects” seminar, saying he “was trying to make a point about Jonah Mixon-Webster demonstrating the empowering effect of how a single word has gone through an alchemical transformation.”

“I did that very badly and, in doing so, harmed you,” he wrote. “I apologize profoundly for that.” 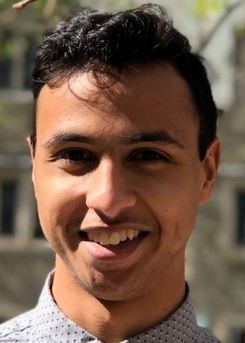 On the evening of Monday, Nov. 7, [Director for Institutional Equity Cheri] Burgess followed up with Farah [pictured], writing in an email to them that “the vice provost has conducted an initial assessment of the information provided and has determined that, given the academic context in which the word was used, it does not implicate the Policy on Discrimination and/or Harassment.”

“While the word used was offensive, it was clearly within the context of academic freedom and, therefore, protected expression,” she wrote. “For these reasons, this office cannot initiate an investigation of your complaint.” …

Asked to comment on the incident, University Spokesperson Michael Hotchkiss wrote in a statement to the ‘Prince’ that “Princeton guarantees all faculty and students the ‘broadest possible latitude’ to speak freely inside and outside the classroom. Speech is only restricted under narrow exceptions that do not apply to this incident.”

“Our rules recognize that these free speech protections apply to words and ideas that people may find ‘offensive, unwise, immoral, or wrong-headed,’ but these protections are essential for Princeton’s truth-seeking mission,” Hotchkiss wrote.

Despite Smith and several other students saying they no longer would attend Scanlan’s class, 11 of the 12 class seats currently remain occupied.

MORE: Fear the Future part IV: Journalists should use ‘critical judgments’ in reporting