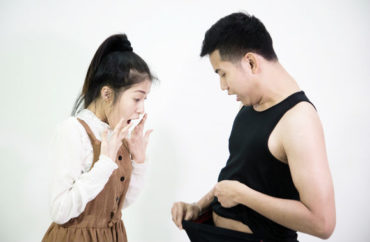 Why do college students continue staging a production that they consider inherently transphobic?

Princeton University is the latest woke institution to perform Eve Ensler’s “relic” of a play, “The Vagina Monologues,” while warning the audience that it’s not representative of “people of all genders” who have vaginas, The Daily Princetonian reports:

At the University’s Theater Intime, audience members were discouraged from accepting the performance at face value. Beginning with an originally written and performed prologue, the directors did not refrain from criticizing aspects of the show, namely its equation of vaginas with female identity. The directors acknowledged the production’s inherently trans-exclusionary bent. “Our definition of what it means to be a woman, and to have a vagina is not the same thing,” said Varghese, “It never was.”

Identifying women with vaginas is just as “nineties” as denim and scrunchies, which are used liberally throughout the production to signify how “outdated” it is.

It’s not made clear in the Daily report whether any cast members of this production are women who identify as men or as neither sex, though there are no identifiable transgender people on the flyer for the production (below). The cast engaged the LGBT Center and held workshops to “make the show as inclusive as possible,” but they said their rendition was not “perfect.” 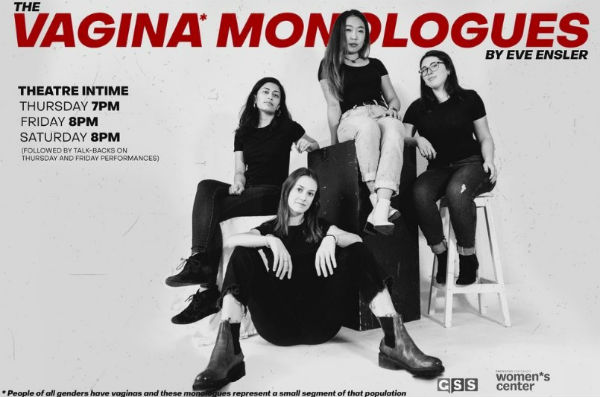 The wokeness apparently went over the head of the audience, as the Daily does not report anyone mentioning transgender themes during Q&A:

Notable in the discussion was the participation of a female audience member in her fifties who thanked the cast for putting on the show, explaining her identification with the generations of those who were silent and ashamed of their own vaginas. A number of cast members confessed similar feelings of liberation upon seeing and participating in the performance.

The production also incorporated dubious statistics about the prevalence of sexual misconduct at Princeton – that 1 in 5 undergraduates experienced “sexual harassment, sexual assault, dating violence, or stalking” in a 2017 survey. It additionally shared a 2015 national transgender survey that found “nearly half of respondents were sexually assaulted at some point in their lifetime and one in ten were sexually assaulted in the past year,” with higher numbers for nonwhite transgender people.

Read the article, and get used to writing “vagina” with an asterisk.

Proud to be part of #PrincetonU's Vagina Monologues with the university's Wxm'on Stage tonight! I'll be reporting stats from the WeSpeak Survey on attitudes on sexual misconduct @Princeton. https://t.co/70Cr38Mkei