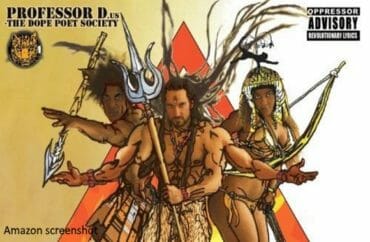 A University of Wisconsin-Madison professor known for his course on the “problem of whiteness” is also teaching a class this semester focused on the relationship between social justice and hip-hop.

The course, “Global HipHop and Social Justice,” is taught by UW-Madison professor Damon Sajnani. The professor is best known for his controversial course “The Problem of Whiteness,” which he’s also teaching this semester.

When Sajnani’s “problem of whiteness” course was initially announced in 2016, it drew the ire of two Wisconsin state lawmakers who denounced the class and questioned the wisdom of spending taxpayer dollars on it.

Now, the hip-hop course has generated criticism too.

In a report recently published by the MacIver Institute, a free market think tank in Wisconsin, a student enrolled in the course said it’s “an absolute joke,” while a parent of a student in the course criticized the class as unnecessary.

In a statement to The College Fix, a UW-Madison spokeswoman defended the academic value of Sajnani’s hip-hop course, saying it keeps with the school’s tradition of “exploring the roots of musical movements around the world.”

The “Global HipHop and Social Justice” class, a 200-level course, meets twice a week and seeks to connect hip-hop and social justice and examine the relationship between the two topics.

“Can HipHop culture help make the world more just? If so, what theory and praxis best advance this aim? These are the questions that drive this conceptual course,” the course syllabus states.

According to the syllabus, the course includes assigned readings on various theory, listening to hip-hop and analyzing “social and cultural contexts” of the music.

“Our discussions will develop familiarity with important concepts in Black studies and social theory such as race and colonialism, imperialism and hegemony, structure and agency, identity and strategic essentialism,” the course description states.

In addition to teaching, Sajnani, who is white, is also a hip-hop performer known as ProfessorD.us and as part of the course the syllabus states that students must buy an album he released.

In an interview with the MacIver Institute, one student who signed up for the class suggested there isn’t much academic value, if any, to the hip-hop course.

“This class is an absolute joke. It’s just a platform for Professor Sajnani to whine and complain,” the student said.

The student also said that Sajnani referred to himself as “radical socialist” during class. Meanwhile, the parent of a student in the class told the MacIver Institute that the course is a waste.

“This class is not, in my opinion, anything worthy of taxpayer and student financial support,” the parent said.

The MacIver Institute did not name the student or the parent, citing a fear there will be retaliation against them.

Chris Rochester, director of communications for the MacIver Institute, told The College Fix in an email that the hip-hop course is another example of waste at UW-Madison.

“The idea that a taxpayer funded university is offering a far-left course about hip hop and social justice at a time when many see our academic standards in decline is a glaring example of wasted money and wasted time,” Rochester said.

Meredith McGlone, a spokeswoman for UW-Madison, told The Fix the “Global HipHop and Social Justice” course is a popular elective class that has been offered previously.

“Hip hop began in black communities and is now a part of mainstream pop culture around the world. Studying its roots and its widespread influence offers insight into the impact of artistic expression on society,” McGlone said of the class.

In addition to this semester’s course, Sajnani has taught multiple hip-hip courses in previous semesters. This past fall, he taught courses titled “Golden-Era HipHop: Diversity, Aesthetics, Politics” and “Global HipHop: Youth Culture and Politics in Senegal.”