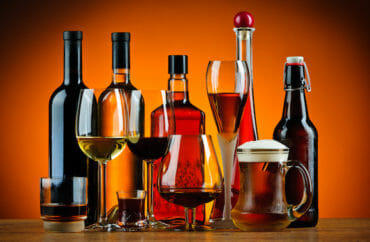 A professor at Columbia University gave a presentation last Friday in which she expressed dismay at how campus drinking culture “is riddled with toxic power structures.”

This may come as little surprise as Jennifer Hirsch’s talk — “The Toxic Campus Brew: Whiteness, Masculinity, Drinking Laws, Stress and Shame” — addressed the sociological implications of college drinking regarding the alleged “pervasiveness of whiteness and toxic masculinity.”

Hirsch is co-director of the Columbia Population Research Center and a member of the school’s Department of Sociomedical Studies.

According to The Daily Princetonian, the presentation focused on Hirsch’s research project, the “Sexual Health Initiative to Foster Transformation,” in which the professor conducted “in-depth” interview with 144 undergraduates. It concentrated on freshmen students’ first (fall) semester.

“Drinking plays an important role in settling in,” Hirsch said. “Alcohol acts as a social lubricant, helping to manage anxiety about making friends and creating shared experiences. Students form deep bonds or even find true love while holding back the hair of a vomiting friend or arguing over whether a friend needs an ambulance or just some water and a ride home.”

But beware of the power dynamics at play:

“What a student perceives to be the general Columbia drinking culture is often only his experience as a wealthy white man,” she said.

Furthermore, Hirsch described alcohol as the primary catalyst for sexual experiences. To illustrate, Hirsch cited a few of her case studies. One female student, according to her, admitted, “I only have the courage to hook up [with men] when drunk.”

Another Columbia female student said, “It’s really challenging to meet men organically on this campus; the only flirtatious interactions I’ve had have been while intoxicated.” …

Allocation of power in terms of controlling party spaces contributes another layer to the problem.

“An unintended consequence of the Minimum Legal Drinking Age is that freshmen have to venture into space controlled by upperclassmen, usually men,” said Hirsch, alluding to fraternity organizations.

“Two precious sources of social currency — alcohol and spaces to party without getting into trouble — are unequally distributed by age,” Hirsch continued.

Women’s drinking practices, Hirsch found, often have an “emulative quality.” Drinking contributes to building the image of a “chill, fratty, sexy girl,” an image that’s often crucial in women’s sense of belonging in friendship groups and on campus.

As a result of wealthy white students being those likely to arrive to campus “already in possession of fake IDs” and binge drinking being associated with “white men’s Greek letter organizations,” Hirsch suggested copying what Rice University and Haverford College do: providing “underclass women” with spaces to throw parties.