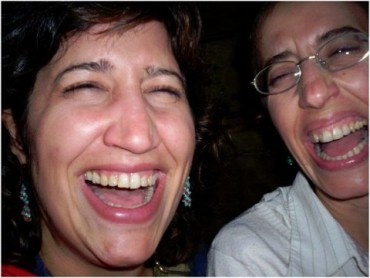 Adam Kotsko, the guy whom The Daily Caller calls “America’s Stupidest College Professor” tweeted back on June 25 that “We [whites] should commit mass suicide” because “whether or not your ancestors owned slaves, you as a white person have benefited from slavery and are complicit in it.”

The Shimer College assistant humanities professor added that “I know it sucks having a racial identity that exists solely to legitimate subordination and exploitation of other races.”

Naturally, as swarmy Ivory Tower types are wont to do, he “backtracked” — sort of — stating his suicide remark was “sarcastic” and apologized “if anyone followed [his] instructions.”

He added that if “you really think I support white mass suicide, you’re an idiot and I hate you.”

Kotsko’s Twitter feed is protected, because, you know, he’s such a “tough” guy who takes as well as he gives.

But Campus Reform points to a Kotsko blog post in which he describes, in so many words, the whole “suicide” back and forth.

Today I found myself swirling around in the right-wing toilet of the Internet yet again. Last time, the whole controversy centered around tweets that I quickly realized were based on a profound misunderstanding of the situation and just as quickly deleted — but the fact that they were “hidden” seemed to make them all the more tantalizing and revealing in the eyes of the people who screencapped and published them, resulting in a week of constant online harrassment [sic] and some unfavorable Google search results. This time, the crack investigative reporters of the right have uncovered an even more damning quote from me, calling for all whites to commit mass suicide out of guilt for slavery! Can you believe anyone would hold such a view?!

If you’re a reasonable person, the answer is no. In reality, I do not hold that view, nor does anyone else in the entire damn world. Why did I say it, then? I was in dialogue with an obviously bad-faith interlocutor on the subject of race, who clearly wanted to bait me into saying something “offensive,” and out of frustration, I decided I’d give them something to cry about and say something really “offensive” — scare quotes intended. My assumption was that the claim was so obviously hyperbolic that the sarcasm would be immediately evident. Sort of has a nice Jim Jones feel to it, eh?

Ah, he was “baited” into uttering that dopey statement, you see. He was “frustrated.”

That Kotsko wonders why people might take him seriously merely demonstrates how long he’s been isolated in the womb of academia. Such inane proclamations are hardly peculiar.

When pressed for specifics about actual solutions to racial inequities, Kotsko balked, opting to call his interlocutor (a word he seems to like a lot) “ignorant.”

In a later blog post titled “What does it mean to be complicit with social injustice?” one might think at least one explicit remedy would be tendered.

Sure doesn’t seem like it, but you be the judge.