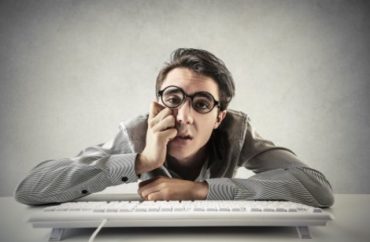 In the latest on the white supremacy front, a professor at New York State’s Binghamton University says that a “sonic color line” exists in the United States, a “learned cultural mechanism” by which racial differences are established via ways of listening and sounds to “communicate one’s position vis-à-vis white citizenship.”

English professor Jennifer Lynn Stoever provides an example of such: Songs by artists such as Jay-Z, Public Enemy, and KRS-One feature representations of a “cop voice,” or a “racialized way of speaking that police use to weaponize their voices around people of color.”

This “cop voice,” Stoever says according to Science Codex, “provoke[s] fear and extreme forms of compliance from people of color.”

“I define ‘cop voice’ as the way in which police wield a vocal cadence and tone structured by and vested with white masculine authority,” Stoever says. “[It’s] a sound that exerts a forceful, unearned racial authority via the sonic color line to terrorize people of color.

“When rappers re-enact the cadence of white supremacy in their songs, I argue, they use their vocal tone, cadence and timbre to share embodied listening experiences as black men and women,” wrote Stoever. “By re-enacting these everyday moments, rappers verbally cite the violence inherent in the masculinist sound of the cop voice itself: the confident, assured violence propelling those aspirant ‘t’s and rounded, hyper-pronounced ‘r’s.”

Jay-Z’s “99 Problems,” features an interaction between a white police officer and the black man he has pulled over. According to Stoever, Jay-Z changes his cadence in the song to take on the sound of state-sanctioned white supremacy that he hears in the cop’s voice.

“The contrast in the interplay between the white cop and the black driver highlights the racial scripting inherent in the cop’s rhythmic vocal aggression,” wrote Stoever. “Jay-Z’s performance of this cop marshals the sound of whiteness, and involves accent, tone and grain – but it is more than these things, and yet all of these things at once. It is a cadence, an ideologically rhythmic iteration of white supremacy in the voice, one that surrounds, animates and shapes speech. Jay-Z’s lyrical and vocal performance of cop voice embodies and deliberately grinds against the edge of the sonic color line, calling attention to it and enacting its relations of power by inhabiting whiteness with audible masculine swagger and expectation of immediate obedience.”

Stoever argues people “raced” as white make use of this “cop voice”; they utilize “particular cadences” which denote their “(unearned) racial authority.”