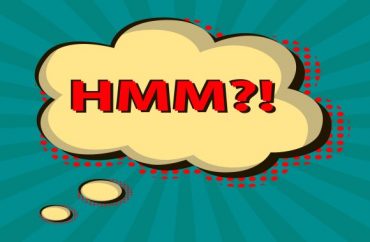 The horrific killing of George Floyd, a black man, by a white police officer in Minneapolis, Minnesota has sparked outrage which has transcended political and racial lines.

Nevertheless, rapid-fire social media “analysis” and opinions by so-called “experts” can be almost as destructive rhetorically as the physical damage done by officer Derek Chauvin and the riots which followed his actions.

Colby College’s Cheryl Townsend Gilkes, a professor of sociology and African-American Studies who’s also a pastor in Cambridge, Massachusetts, says Officer Chauvin’s kneeling into the neck of Mr. Floyd is a symbol: It’s the “worship of the godling of racist hate and murder.”

Writing in The Christian Century, Professor Gilkes begins by noting the act of kneeling is “an act of worship and veneration” among most of the world’s great religions. Since Officer Chauvin stuck his knee into Floyd’s neck, which deprived him of oxygen and caused his death, Gilkes says this harkens back to the execution of witches in Europe and early America where “pressing” gradually made breathing more and more difficult.

America needs to understand that when we see a white police officer kneeling on a black body, squeezing the breath of life out of that body, we are witnessing an act of worship. It is an act of worship that honors the demons of racist hate and murder — a form of veneration deeply rooted in the American nightmare that is the underside of the American dream.

Beginning at the end of Reconstruction, hate and racist murder defined the rise of terrorist organizations that sought to enforce white supremacy and the rise of Jim Crow. Large crowds attended lynchings, watching as the breath of life was choked and burned out of black men and women. The perpetrators celebrated their deeds by posing for pictures, pictures that were later sold and turned into postcards to be shared with friends and family.

The professor concludes this (and more) are comparable as Floyd was “gratuitously killed” before a crowd while “unsuccessfully appealing” to Chauvin’s humanity.

“We are reminded that the traditions of hate and murder are alive and well and actively venerated,” Gilkes, says. “We can see that the worship of the godling of racist hate and murder survives in the act of a Minneapolis police officer […]”