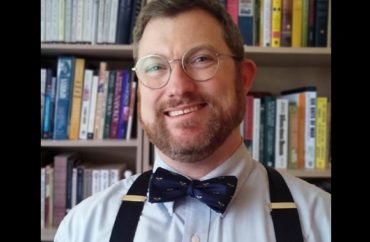 A university educator filed a state lawsuit against North Carolina educational officials for firing him over his seminars on viewpoint diversity and free speech.

David Phillips taught at the Governor’s School of North Carolina from summer 2013 to summer 2021, except when the classes were canceled due to COVID lockdowns in 2020. The elite summer seminar program is open to the best high school students in the state, according to its website.

Phillips (pictured) alleged in his lawsuit that the program increasingly embraced critical race theory and other leftist ideology. Faculty members have wide latitude on what they want to teach – but according to the lawsuit, that does not extend to anything resembling a right-of-center viewpoint.

For years, Phillips spoke out against the school’s increasing adoption of critical theory, an ideology that views everyone and everything through the lens of characteristics like race, sex, and religion, labeling people as perpetual oppressors or victims based on group membership alone. After Phillips delivered three optional seminars in June 2021 critiquing critical theory and the increasing bias and lack of viewpoint diversity in higher education, North Carolina public school officials fired him mid-session without any explanation.

Over his eight years teaching at the Governor’s School, Phillips has encouraged his students to think for themselves and has notified the administration of the hostility that he and other students with “privileged” characteristics experienced. Phillips’ three optional seminars, which were similar to others he’d delivered in previous years and open to any student or staff member to attend if they so desired, discussed (1) a social psychology critique of some concepts from critical theory; (2) understanding speech through the lens of speech-act theory; and (3) the increasing ideological bias and lack of viewpoint diversity in higher education.

The Department of Instruction told a local news station it believed it followed the law but would not comment further due to it being a personnel matter.

“The Department of Public Instruction maintains that it fully complied with all legal requirements,” the agency told CBS 17. “However, as this is a personnel matter, no additional information can be shared at this [time].”

Editor’s note: The article has been updated to clarify Phillips’ role.