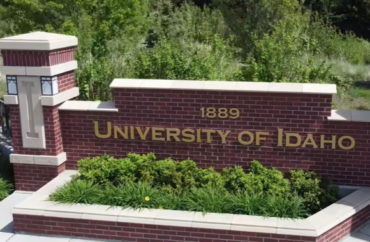 Issued ‘no-contact’ orders against three students and a professor

University of Idaho agreed to pay $90,000 to settle a free speech lawsuit brought on behalf of Christian law students and their faculty advisor after the school subjected them to “no contact orders.”

The settlement ends a lawsuit brought by Alliance Defending Freedom after university officials punished the students and their faculty advisor for making comments in support of Biblical marriage between a man and a woman.

“Today’s university students will be tomorrow’s leaders, judges, and school administrators, so it’s imperative that university officials model the First Amendment freedoms they are supposed to be teaching their students,” ADF Senior Counsel Tyson Langhofer wrote in a statement.

We’re pleased to settle this case favorably on behalf of Peter, Mark, Ryan, and Professor Seamon, and we hope that it will encourage all public universities across the country to support the constitutionally protected freedom of students and professors to share their deeply held beliefs on campus.

“If we are to repair the current culture of political polarization, conversations among persons with differing viewpoints are essential,” Christian Legal Society attorney Laura Nammo said in the ADF news release. “University officials’ censorship of such conversations needlessly exacerbates polarization and harms all students’ ability to learn from one another.”

On multiple occasions, members of the Christian Legal Society explained why their group’s constitution defines marriage as between one man and one woman.

Professor Richard Seamon, the group’s advisor, supported the comments of CLS members Peter Perlot, Mark Miller, and Ryan Alexander. The incidents occurred in the spring 2022 semester and included the students’ peers specifically asking them about their group’s views on homosexuality.

Alexander explained his position further in a July opinion piece for The College Fix.

“By censoring us, the university prematurely terminated the debate and inquiry that are essential components of the pursuit of truth,” he argued further. “It not only silenced us but all students who may have views some find controversial. And that’s not what universities are for.”