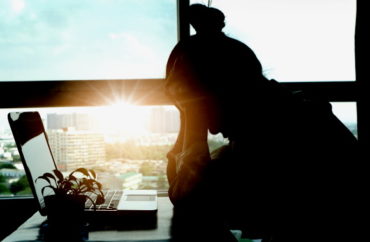 ‘Everyday Americans of all colors, creeds, backgrounds, and beliefs are being held hostage’

Elisa Parrett is a tenured English professor at Lake Washington Institute of Technology in Kirkland, Washington, who has spent the last nine months under investigation for pushing back against her school’s mandatory, racially segregated diversity training.

The lengthy investigation is estimated to have cost taxpayers more than $200,000, and it culminated late last month with a written reprimand, Reason reports, calling it possibly “one of the more expensive written reprimands in community-college history.”

Parrett was put on paid administrative leave after she read a statement that criticized the anti-racism narrative as a false dichotomy that divides people and ignores more pressing problems facing all Americans. She said it during the required faculty diversity training.

The statement prompted the institute’s President Amy Morrison to launch the investigation shortly thereafter, saying in a memo to the campus community it was due to Parrett’s “egregious behavior which has led to substantial harm to hundreds of colleagues on campus.”

“Regarding the investigation’s effect on me, it has been a bit of an emotional roller coaster, to be honest,” she told The College Fix via email.

“I wasn’t sure what the outcome would be, so I tried to prepare for the worst while hoping for the best, and the uncertainty of the situation was certainly a source of stress.”

She said she takes responsibility for her choice to speak up. 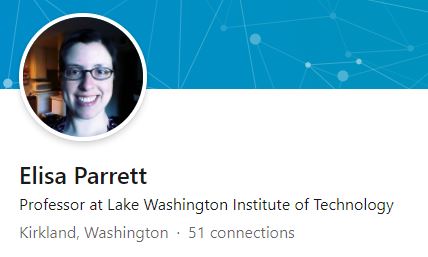 “I did what I felt was right, which is all I think anyone can ask of anyone,” she said. “Still, the investigation definitely influenced the wide array of emotions I’ve experienced over the last nine months.”

Parrett said looking at the notes produced during the investigation has been insightful.

“As part of the investigation process, I was able to read the interview notes taken during the investigation, and the strange thing about my relationship with some of my colleagues is that it seems many of the people interviewed did not hear my speech very well, since they stated that I do not believe racism exists, which is not true,” Parrett told The College Fix.

“They seem to have based their reactions towards me on this false understanding of my position, an understanding probably drawn directly from falsified quotations lifted from my speech in [President Morrison’s email].”

“As such, it would appear that I now have colleagues who do not want to work with me or who think I’m a ‘horrible, horrible being’ (I’m quoting an investigation interview here) because of a deliberate misrepresentation of my argument and my reasons for speaking up in the first place.”

She said privately she received several emails from colleagues thanking her for speaking up or expressing agreement and solidarity and has made new friends.

However, “my relationship with some of my colleagues has become strained, and a few colleagues have expressed unwillingness to work with me in the future,” she said.

‘Everyday Americans of all colors, creeds, backgrounds, and beliefs are being held hostage’

Following the George Floyd protests in June of 2020, the public institute of technology started a series of mandatory diversity training events for the staff called “Courageous Conversations.”

The events drew heavily from Robin DiAngelo’s best-selling 2018 book “White Fragility” which proposes that white people’s discomfort about race is evidence of racism, and that white people need to embrace the reality that they’re innately racist in order to fight racism.

The institute segregated faculty into white and non-white members and separately addressed them in different online meetings.

Professor Parrett gave a roughly four-minute speech during the conference criticizing the program. Reason was given a leaked audio recording of the comments to the all-white June 19 diversity training, in which Parrett read from a prepared statement:

“Over the past couple of weeks, a lot has happened,” Parrett began. “Protests have occurred, riots have broken out, people have been killed. And across the United States, companies, organizations, and schools have proclaimed their support of a movement called ‘Anti-racism'”—here Parrett was referring to the capital-A variety.

Parrett went on to complain about the segregated setting of the training and what she saw as the generally closed-minded nature of the nation’s post-Floyd discourse.

“Democracy thrives on conversations, but what we are seeing happening right now in the United States is not a conversation,” she read. “It is a coup. Everyday Americans of all colors, creeds, backgrounds, and beliefs are being held hostage. Zealots are telling us, ‘You’re either with us or against us, and if you’re against us, you’re an evil bigot.’ They are telling us, ‘You’re either part of the solution, or you’re part of the problem.’ They are telling us that all people may be classified into two sides: us or them, Democrat or Republican, liberal or conservative, people of color or white, righteous or bigoted, oppressed or privileged. I don’t accept such false dichotomies, and I don’t accept the ad hominem implications that come with it. Too often, words like ‘privileged,’ ‘defensive,’ and ‘fragile’ are just ways to dismiss what another person has to say. Too often, words like ‘racist’ are just a way to intimidate someone into silence.”

Parrett argued that people should work together to solve “real problems like wealth disparity, poverty, job insecurity, unemployment, the high cost of living, or the fracturing of the nuclear family, whatever form that family takes,” but are waylaid by those who claim the “real problems” are “racism, sexism, transphobia…[and] hateful words.”

Parrett received an email five days later stating that her comments had deeply disturbed her fellow faculty and that her future employment with the college was in question.

The college’s President Morrison wrote “many of [your colleagues] spent hours trying to decompress with their respective supervisors. Because of your egregious behavior which has led to substantial harm to hundreds of colleagues on campus, I have asked Dr. Ames, Dean Doug Emory, and [executive director of H.R.] Meena Park to meet with you in the next few days to have a serious conversation about how successful you can possibly be on campus in the future.”

She was placed on paid administrative leave and had her email account taken from her due to “allegations of a serious offense.”

A private investigator was brought to campus and the college subsequently spent nine months investigating her and putting together a case for her termination in spite of her recently acquired tenure, Reason reported in a lengthy and detailed account of the situation.

The full nine-month investigation also appears to have cost hundreds of thousands of dollars. Her union representative Phil Snider told Reason that “I think we’re closing in on a quarter of a million dollars so the administration can find an excuse to fire a tenured instructor.”

On March 26, she was handed the results of the investigation. She was reprimanded by the college and given some speaking guidelines:

“Professor Parrett must not interrupt or undermine College efforts to fulfill the 2021-2024 Mission Fulfillment Plan…[including] Address[ing] and dismantl[ing] structural racism.”

“I can share that for more than seven years, Lake Washington Institute of Technology has been engaged in equity, diversity, and inclusion work,” Shattuck said. “During this time, the college has spent a significant amount of time and resources to build a college community that is based on, and anchored in, our values of respect, collaboration, and inclusion.”

“While the college supports open debate and academic freedom, it does not support or condone disruption of college-wide professional development opportunities that undermine the strategic mission of the college, and which are in-line with college values and the work of the college’s mission fulfillment plan,” she said.

MORE: This professor refused to take mandatory diversity training. His university backed down.