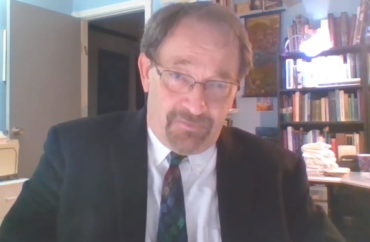 In August 2020, Converse College Professor Jeffrey Poelvoorde was sent a letter from a provost with an ominous message.

If the scholar did not complete his employer’s mandatory diversity training, “Converse will take appropriate corrective action, up to and including termination of your employment,” the letter stated.

Today, some eight months later, and Poelvoorde still has not taken the mandatory diversity training. Nor has he been fired. Nor has he heard anything from his bosses on the matter.

It appears Poelvoorde has won his battle.

“I believe that they did back down from their threat of termination in the face of unfavorable publicity,” he told The College Fix via email last week.

“I must say, I do think there was a minor victory here,” he said. “I wasn’t fired, although I lost the respect and collegiality of a significant portion of the faculty and students at Converse. I can live with that. … That speaks to the larger war and the longer struggle for the soul of the academy.”

Poelvoorde said he is thankful for the criticism of the college by influential alumni and support from enterprises such as the Academic Freedom Alliance, National Association of Scholars and the Foundation for Individual Rights in Education.

He said he is grateful such groups provide opposition and resistance “to the ideological destruction of the most remarkable academic universe in the history of humanity.”

Poelvoorde made headlines last summer over his fight against his university’s mandatory diversity training in the wake of the George Floyd protests.

He spurned demands to take his college’s “Diversity and Inclusion” and “Managing Bias” training modules.

An open letter Poelvoorde wrote last year on the matter stated in part:

I am already quite familiar with the videos in question and the other materials produced by the company employed by our “Office of Diversity and Inclusion.” They are at worst inoffensive and at best anodyne. But the administration must be either naive or disingenuous to deny that there is an ideological content and substructure to this material. Does the urge to impose upon us this material derive from a sincere desire to free the College and its members from bigotry…or from a felt need on the part of our leadership (and throughout the academic world) to impose an ideological conformity which masks itself as an embrace of “diversity?”

Provost Jeffrey Barker sent a notice to Poelvoorde on August 3, 2020, the initial deadline for faculty members to complete their training.

Barker extended the deadline to August 6, but told Poelvoorde, “If you do not complete the sessions by that time, Converse will take appropriate corrective action, up to and including termination of your employment.”

That deadline has long since passed.

The College Fix contacted the college’s media affairs division last week and gave it a week to respond regarding Poelvoorde’s situation, but the college stopped responding to messages and requests for comment.

Poelvoorde credited the Academic Freedom Alliance for help with his situation, a group that only recently officially formed.

The organization commits to providing legal support to faculty whose academic freedom is threatened by institutions’ or officials’ violations of constitutional, statutory, contractual, or school-based rights.

The alliance had helped Poelvoorde prior to its official launch, the Chronicle of Higher Education reports.

One of its founding members, Princeton University Professor Robert George, told the Chronicle that Poelvoorde’s case shows what can happen when scholars stand up for themselves.

“They told him they would fire him, they would revoke his tenure,” George was quoted as saying. “He stood up to them, we came in and provided legal and moral support, and after a whole lot of Sturm und Drang, they completely caved, backed down, and exempted him.”

“These are the stories people don’t know,” George added. “Everyone knows the stories of people getting destroyed — the struggle sessions, the abject apologies. … But here’s a case where somebody stood up to the bullies and won.”

MORE: Professor who may be fired for refusing to undergo diversity training is not backing down