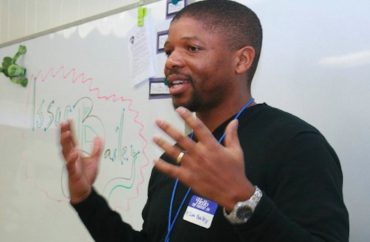 The latest “studies” academic to weigh in on the Kyle Rittenhouse trial is a professor from North Carolina’s small, private Davidson College.

Issac Bailey of the communication studies department writes in a NBC News.com piece that if Rittenhouse is convicted, “he will likely stop being a right-wing mascot and become a right-wing martyr.”

“If he isn’t convicted, he will set a precedent for others like him to pick up guns they shouldn’t have and thrust themselves into the middle of unrest they should avoid — confident in knowing that prison won’t be in their future.”

Bailey’s areas of expertise include “race and journalism” and “criminal justice and media.”

Rittenhouse faces charges of reckless homicide and use of a dangerous weapon due to his shooting of three people (killing two) at a police brutality “protest” in Kenosha, Wisconsin last year. Rittenhouse claims he acted in self-defense.

Bailey contends even Rittenhouse’s critics don’t think of him as a monster — well, “not really.” For the professor, Rittenhouse is a victim of the “the Foxification or Fox News effect of American discourse” regarding topics such as Black Lives Matter.

And then Bailey really gets silly:

Those protesters made him shoot them. It was their fault, and only theirs, not Rittenhouse’s. He was trying to do good, to protect this dying nation.

And that’s the same nonsense claim people have been using throughout the U.S.

Predominantly white voters were trying to defend their freedom, so they flocked to an open bigot like Donald Trump and stormed the U.S. Capitol. Angry parents, most of them white, are storming school board meetings demanding an end to critical race theory lessons to protect white children from feeling “guilt” about America’s violent racist history and how it has created the foundation of inequity we still see today. …

The truth is that too many white Americans probably see themselves in Rittenhouse — afraid of anyone, whether white or of color, who wants to live in a more equitable country — even if some don’t want to say so out loud.

An acquittal won’t be because the prosecution had zilch of a case; for Bailey, it’ll be because of “America’s flawed criminal justice justice system.” Indeed, the very foundation of democracy is at stake, he says: “If you care about saving this democracy from the Kyle Rittenhouses of the world, you shouldn’t look to a judge and a jury. Because a ‘guilty’ or ‘not guilty’ verdict in a lone case can’t fix what ails us.”

Recently on Twitter, Bailey turned a controversial tweet from Nikole Hannah-Jones regarding the U.S.’s atomic bombings of Japan into a treatise on American structural racism.

The pre-aid cost of attendance at Davidson College is over $70,000 per year.