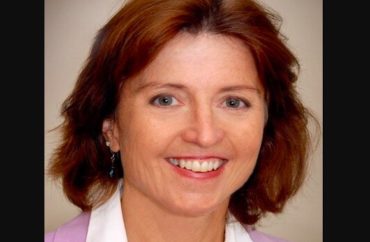 A University of Washington professor of pediatrics who signed on to a 2018 policy statement supporting “gender-affirming” care for transgender/gender-diverse children doesn’t think minors should be getting … tattoos.

In a November 13 New York Times story, Dr. Cora Breuner (pictured) said those under 18 years of age don’t “have that kind of agency to make a decision” about getting inked.

“It is a permanent mark or a symbol you are putting on your body,” Breuner said.

Breuner, who’s written “guidance on tattoos for pediatricians,” said it is time to reconsider various laws regarding tattoos and minors. At present, there is no federally enforced minimum age for tattoos, and state regulations “vary widely.”

For instance, it is illegal in New York State for anyone under 18 to get inked with or without parental approval. The Times article begins with an anecdote about a New York State elementary school nurse who called the police on a parent because her 10-year-old son had a tattoo on his forearm.

The boy said he wanted the ink “because a beloved teacher had one in the same place.”

Interestingly, a day after this Times story came one on puberty blockers, and a month before that one on teens who have had so-called “top” surgery — chopping off their breasts as part of their gender “transition.” Both of these procedures are permitted with parental consent.

(The latter article also knocked those those who oppose such surgeries; for example, “Republican elected officials across the United States are seeking to ban all so-called gender-affirming care for minors, turning an intensely personal medical decision into a political maelstrom with significant consequences for transgender adolescents and their families.”)

But even more interesting is the 2018 American Academy of Pediatrics’ policy statement titled “Ensuring Comprehensive Care and Support for Transgender and Gender-Diverse Children and Adolescents” of which Dr. Breuner is a signatory. This statement recommends “that youth who identify as TGD [transgender and gender-diverse] have access to comprehensive, gender-affirming, and developmentally appropriate health care that is provided in a safe and inclusive clinical space.”

What does this gender-affirming care entail? Puberty blockers (during puberty), “cross-sex hormone therapy” such as testosterone and estrogen (early adolescence) and surgery (adolescents on a “case-by-case” basis). Only the puberty blockers are deemed “reversible.”

Tattoos can be removed via laser treatment should one desire to be rid of the ink. But get your breasts chopped off … ? Does it really have to be asked which is more “permanent” regarding a teen’s body?

I emailed Dr. Breuner about this but, alas, she did not respond.