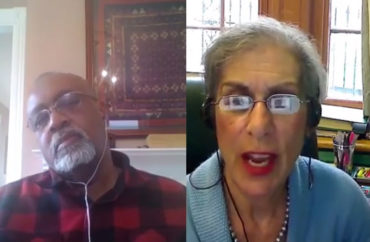 Denounces Penn Law for ‘hoarding and hiding’ grades by demographic

Amy Wax may have been marginalized at her law school, but she’ll be celebrated at an award ceremony Thursday.

The National Association of Scholars is honoring the University of Pennsylvania law professor “for her courage in the face of continued harassment for speaking uncomfortable truths.” She’ll receive the Peter Shaw Memorial Award, which recognizes “exemplary writing on issues pertaining to higher education and American intellectual culture,” according to the association.

Caving in to student activists’ demands, Penn Law stripped Wax of teaching her first-year classes after her claims came to light about black students’ academic performance, both in her classes and Penn Law generally. The law school has refused to provide allegedly correct figures.

She has been a national punching bag and Penn mob target for firing since last summer, when Wax co-wrote an op-ed that claimed “All cultures are not created equal” and praised the “bourgeois culture” of past decades.

Days after her recent punishment, Wax went back on the video show hosted by Brown University economist Glenn Loury – a critic of affirmative action – where she made her original comments about black student performance at Penn Law.

The ceremony honoring Wax will take place at the First Things office in New York City. She’ll give a talk called “The Price of the Push for Equality of Result” that expands on her Wall Street Journal op-ed last month, “The University of Denial.”

Alluding to the monthslong campaign to punish and silence her, Wax wrote that hiding “key documentation about the sources of disparities … does not prevent people from discussing them and their consequences”:

They are a regular topic of conversation behind closed doors, in offices and hallways, around kitchen tables, in living rooms and in private correspondence.

But what everyone currently understands, and recent events reinforce, is that these conversations may not take place publicly or even be acknowledged openly. My students know that. So do working lawyers and judges, and everyone else trying to run institutions, decide cases, serve clients, and make a buck. …

People accused of bigotry and discrimination—claims that are more pervasive than ever—are understandably unhappy about being deprived of the ability to defend themselves by pointing to alternative reasons for group differences. Hoarding and hiding information relevant to such differences, which amounts to predetermining a verdict of “guilty as charged,” violates basic principles of fair play and gives rise to justified resentment.

According to The Daily Pennsylvanian, Wax has rarely spoken in public since she became a target for her op-ed last summer. Her “packed” October talk at the law school on “dissent and disagreement at Penn Law” was only open to law students and instructors, though the sponsoring Federalist Society chapter recorded it.

MORE: Penn professor denounces those who ‘vilify’ and try to silence Wax