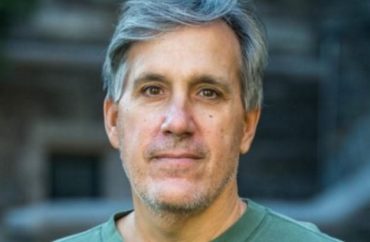 St. Joseph’s University math scholar Gregory Manco has filed a lawsuit against the institution he has taught at since 2005, alleging officials conspired with former students of his to get him fired.

The lawsuit alleges a handful of administrators gave credence to false and unsupported claims of racial bias, “then used those allegations to justify an investigation, suspension and non-renewal of his contract as a Visiting Professor of Mathematics, despite his dedication and excellent performance.”

Gail Benner, a university spokesperson, told The College Fix via email Monday the school has no comment.

“The matter is before the court, and out of respect for the judicial process, Saint Joseph’s University will respond in that forum,” Benner said.

Manco, an award-winning math professor who was also a volunteer assistant baseball coach for the university, first made headlines in February 2021, when he was suspended for tweets from his then-anonymous “South Jersey Giants” account for statements in which he argued against slavery reparations and racial bias training.

“The University launched an investigation into a report of bias. The faculty member will not be in the classroom or in a coaching role while the investigation is conducted,” Benner told The Fix at the time.

In May 2021, the investigation’s outcome determined it was not possible to conclude Manco violated any campus policies.

Manco’s lawsuit alleges a complaint of racial bias against him was lodged in January — several weeks prior to the controversial tweets that had appeared to have prompted his suspension — by a former female student of his who had earned an “F” in his class.

The former student never complained about any type of bias or discrimination by Manco
while enrolled at the university, the lawsuit claims, but in January 2021 as an alumnus she alleged he was racist in an email to several administrators, including the Associate Provost for Diversity, Equity and Inclusion.

The lawsuit further alleges administrators then met the with disgruntled alumnus, urging her to find others who could corroborate her claims. The student then allegedly used her Instagram account to spread screenshots of Manco’s tweets “with her added defamatory comments, while encouraging others to report him to the university so that he would lose his job.”

This created a few more complaints, including from a couple of former students, the lawsuit alleges. In response, the lawsuit includes screenshots of Manco’s email interactions with the former students to illustrate he was polite and respectful to them. 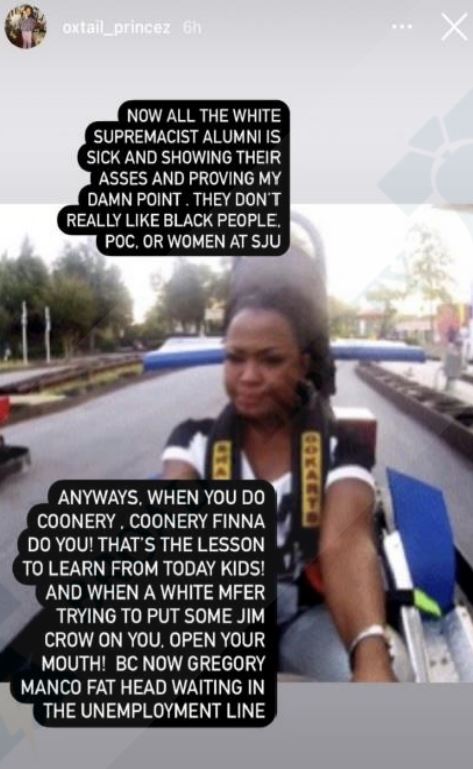 In addition to suing the university, Broad and Liberty reports that the 67-page suit “names five alumni and one current faculty member as defendants” and seeks “back-pay and front-pay, compensatory, and punitive damages.”

The suit claims that an outside investigator wrote a 10-page summary in June finding Manco’s tweets were not in violation of any policy and that there was “no evidence” of racial bias in his classroom toward any students. That report is currently not included as evidence but is expected to be produced during discovery.

Just The News reports the lawsuit argues that “unbeknownst to the administration, Manco’s department chair hired him back as an adjunct to teach half his old classes the same day he received the non-renewal notice, contradicting the official rationale.”

“So they can’t stop me from teaching as an adjunct without making it painfully obvious that they wanted me out,” Manco told Just The News, adding he basically replaced himself, in part, for much less money and no benefits.

“It is clear that all of the defendants acted to ‘cancel’ Dr. Manco. In other words, defendants’ actions consisted of the social phenomenon of ‘cancel culture,’ which is widespread, has ruined lives, damaged reputations, and jeopardized the futures of individuals,” the lawsuit argues.

Manco, in a statement to The College Fix, noted that “right before showing me the door — after 14 fulltime years at the school and 17 total — they had to permanently damage my reputation at the time I most need it.”

The tweets used against Manco remain up on his public Twitter account, and he has never publicly apologized for the statements he made.

Suppose your great-great-grandfather murdered someone. The victim’s great-great-grandson knocks on your door, shows you the newspaper clipping from 1905, and demands compensation from you. Your response?

Now get this racist reparation bullshit out of your head for good. https://t.co/eYonlgmmSk