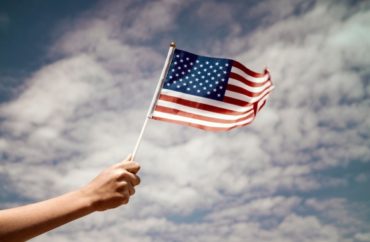 Alexander Riley, a professor of sociology at Bucknell University, is used to bucking the trend.

At the private liberal arts college in Pennsylvania where he teaches, Riley helps lead the bipartisan Bucknell Program for American Leadership and Citizenship, an embattled group on campus under fire for bringing center-right speakers to campus.

Riley will once again go against the grain when he teaches an online summer school course that actually “makes the case for an original American culture with deep Anglo-Protestant roots.”

His course is unique in comparison to others on American culture and society.

“It’s probably the only course in the country on this topic and in this discipline that doesn’t lean radical left,” he told The College Fix.

“Sociology 140: American Society and Culture” will be presented via Zoom and runs May 26 through July 2. It’s free to students and others seeking to simply audit the course. Students can also pay a tuition fee and earn academic credit.

His class promises to tackle “the most contentious debates and conflicts about contemporary American culture and identity.”

Riley will assign readings from Alexis de Tocqueville’s “Democracy in America,” George Borjas’ recent book on the immigration debate “We Wanted Workers,” University of Pennsylvania law Professor Amy Wax’s book “Race, Wrongs and Remedies,” and University of Texas at Austin sociology Professor Mark Regnerus’ book “Cheap Sex,” which delves into the fundamental transformation of marriage and family life in America over the years.

Wax has come under fire for arguing “not all cultures are created equal” and Regnerus has been denounced as homophobic for his research critical of same-sex marriage.

Riley said students who enroll in his class will probably learn about perspectives they’ve never heard before.

“There are a lot of courses in a lot of colleges that deal with some of the same topical material I take on in this course. The difference is that in the typical college course on this topic there is an evident ideological skew,” he said.

“I’ve looked at dozens of them at various institutions and have found very few that aren’t painfully obvious in how partisan they are,” Riley said, who pointed out that professors “are overwhelmingly on the left,” especially when teaching American culture.

According to Riley, the “default” for college professors is to teach as partisans.

“That shouldn’t be happening in a college classroom. It doesn’t happen in my class,” he said.

Riley said one of the largest focuses of Sociology 140 is “some of the big conflicts” pervasive in American society today, like “immigration, inequality along class and racial lines, family and marriage, and the growth of the government and the administrative state.”

“The topics I treat in the course selected themselves in that they are among the most contentious cultural debates going on in the country at present. It’s challenging to teach such debated topics, but it’s also really rewarding because you get the chance to inform students about things they think—usually mistakenly–they already know a good deal about,” he said.

Riley stressed how important it is for today’s students to “understand the complexity and difficulty of these issues.”

According to the professor, students must “feel a commitment to working to understand and collegially debate with those with whom they disagree, rather than simply vilifying opponents and feeling self-righteous.”

“My view is that if you’re trying to teach students about cultural conflicts and contestation over the identity and direction of a society, you have to present all of the relevant perspectives on the conflict. If you’re just showing them one side of the conflict, and essentially giving it your stamp of approval as the right side, you aren’t teaching—you’re seeking converts to your side.”

Riley added that “instead of trying to convince students that a particular position on the debates is the right one, I give them an historical understanding of American identity and culture and then honestly present them the current debates without advocating any position among others.”

The class will be live and meet four days a week for two hours per day, Mondays through Thursdays from 1 p.m. to 2:52 p.m. EST. It will be a largely discussion-oriented course focused on assigned readings and films, with some lectures as well.

Students are welcome to take Sociology 140 for free and participate in course meetings, Riley said, although no credit will be earned. Students interested in enrolling in the course for credit are encouraged to reach out to the Bucknell University Registrar’s Office for information regarding tuition and registration.

About the Author
Evan Stern
Evan Stern -- University of Michigan