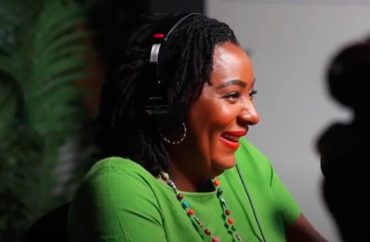 The Carnegie Mellon University critical studies professor who wanted Queen Elizabeth to experience “excruciating pain” on her death bed stood by her offensive remarks this past week, saying “I said what I fucking said.”

Appearing on the podcast “This Week in White Supremacy,” Uju Anya said her Twitter comments were part of an “emotional” and “spontaneous” reaction to news of the queen’s impending demise.

“I was triggered,” she told the podcast’s hosts.

The New York Post reported Anya’s reaction came from her “family’s difficult experience in Nigeria during the country’s civil war.”

“In 1967 — seven years after Nigeria won independence from the UK — and 15 years into Queen Elizabeth’s reign” the Post noted, the UK supported the Nigerian government against Biafra separatists in a civil conflict which left two million dead.

Anya went to say in the podcast that she regularly gets “attacked” by people on Twitter, noting “this is the existence of a loud black woman” on the social media platform. She complained that scores of white people also celebrated Elizabeth’s death (in particular, the Irish), and noted she did not do that: “All I said is that ‘may she suffer'” — like those who suffered during her rule.

Anya also complained about Amazon.com founder Jeff Bezos (“his dusty ass”) responding to her Twitter tirade (“This is someone supposedly working to make the world better? I don’t think so. Wow.”) and thus “literally put[ting] a target” on her back.

She compared Bezos to other white “colonizers.”

As a result of Bezos’ interaction, Anya said she received scores of messages in just a matter of minutes, leading her to disable the email link on her faculty page. “People were calling me everything … but my given name,” Anya said, noting that many emails included the N-word and other epithets in their subject lines.

“Jeff Bezos did that,” Anya said.

As of Friday, over 4,000 students and academics have signed on to a petition in support of Anya, which claims the professor is “world-renowned” and her research is “ground-breaking.”

More than our thoughts and prayers, we request actionable support to be shown towards Professor Uju Anya. We ask university officials at CMU to consider what harms are both elided from critical discourse and reproduced in the classroom when they choose to stand on the side of the oppressor. Universities must be intentional about how they respond to public discourse and critically evaluate who they are targeting and/or harming by their response or lack of response. We call on universities to stop being reactive when issues of structural oppression are called to their attention and take seriously its impacts on staff, faculty, students, and families.

The petition states the British Monarchy was responsible for “widespread irreparable harm in the past, now in the present, and likely in the future because the impacts of white supremacy and settler colonialism are insidious.”

On September 9, the Foundation for Individual Rights and Expression (FIRE) protested Twitter’s censoring of the professor and said Carnegie Mellon officials “must publicly refuse to investigate” Anya for her tweets.