Mandatory diversity training doesn’t have a good track record of facilitating conversations on race. A study published in the Harvard Business Review even found it can harm job prospects for women and underrepresented racial and ethnic groups.

University of Missouri professors saw a similar problem with training programs in higher education, and they resolved to create a black studies curriculum that actually brought different groups together.

“There is this pervasive problem with existing anti-bias or anti-racist training programs at a lot of colleges across the country,” Adam Seagrave, who has since left Mizzou for Arizona State University, told The College Fix in a phone interview. They don’t provide “a common ground for people from different political or ideological backgrounds.”

The campus racial tensions following the police shooting of Michael Brown in nearby Ferguson prompted conversations between Seagrave, who taught in the Kinder Institute of Constitutional Democracy, and Stephanie Shonekan, who chaired the Department of Black Studies.

They developed the “Race and the American Story” curriculum at Mizzou, hoping to ease those tensions. Seagrave said the curriculum is now taught at eight universities: Mizzou, ASU, University of Massachusetts-Amherst, Rhodes College, Leefield University, University of Wisconsin, University of Memphis and The Sorbonne in Paris.

Each year the educators from each university meet at a symposium at the civil rights museum in Memphis, Tennessee. Unfortunately this year’s symposium had to be held virtually due to COVID-19 concerns, according to Seagrave.

The curriculum Seagrave and Shonekan developed is heavy on reading, the vast majority of it from the 19th and early 20th centuries.

It includes writings from the founding fathers, early black American thinkers and later civil rights leaders including Martin Luther King Jr. (monument depicted above), as well as court rulings going back to the Dred Scott decision that reinforced the legal structure of slavery. Only three works appear to be from this century, by Barack Obama and Ta-Nehisi Coates.

Race and the American Story describes itself as “a national educational movement dedicated to cultivating conversation, fostering understanding, broadening knowledge, and building community among people with very diverse personal stories,” according to its website.

Seagrave and Shonekan (below), who now chairs the Department of Afro-American Studies at the University of Massachusetts-Amherst, began teaching the course in the spring 2017 at Mizzou. Five instructors taught five sections with more than 100 students total. 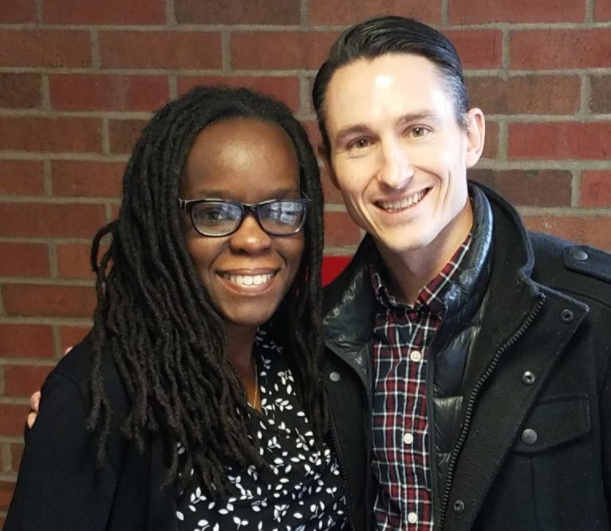 “I was interested in developing a course that would orient students, faculty, and the university towards American historical primary sources as a focus for conversations about current issues of race,” Seagrave told The Fix. It turned out that he and Shonekan were on the same page.

The two aimed to form a learning community where students of all colors could interact with and talk about the same historical sources. This curriculum would emphasize learning about the history of race in America and “not necessarily just discussing what happened last week,” Seagrave said, explaining the curriculum’s near-total absence of modern sources.

Asked to describe the problems with other black studies courses, Seagrave spoke more broadly about anti-bias programs. Their problem in general is that they are “either preaching to a choir or trying to impose a certain way of looking at not only issues of race but a certain way of looking at the world and history, American history and our intellectual concepts that people might disagree with,” according to Seagrave.

These courses don’t persuade anyone and actually serve to reinforce divisions, he said:

In order to reach across these separations, Seagrave and Shonekan went back to the basics.

“What our course tries to do is to find a common ground, create a learning community, not a classroom or community where students are told what to think about something,” he said. The point is that students are “reading historical primary sources for themselves and having conversations about these sources with their faculty member and with each other.”