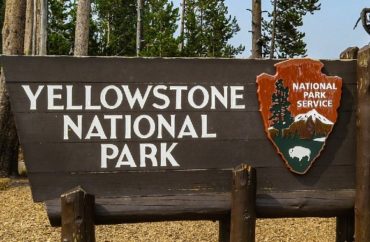 Over 300 with ‘neutral-seeming’ names were considered racist, while over 200 names further ‘white supremacy’

A group of professors and researchers identified 960 places within 16 of the country’s 62 national parks that contain “racist” names that promote “white supremacy,” “racism,” “settler colonialism” or “anti-Indigenous ideologies.”

Authors on the People and Nature research article included Grace Wu and Kurt Ingeman. Wu teaches at the University of California Santa Barbara and Ingeman is a postdoctoral researcher.

The research team “examined the origins of over 2,200 place names in 16 national parks in the United States” and found all of the locations “have place names that tacitly endorse racist or, more specifically, anti-Indigenous ideologies.” There are a total of 62 national parks.

These names are “thus perpetuating settler colonialism and white supremacy at the system scale for future generations.”

Wu and Ingeman have not responded to two emails sent in the past two weeks that asked about the practicality of renaming 960 places.

The College Fix reached out to Natchee Barnd, an ethnic studies professor at Oregon State University, twice via Twitter direct message in the past two weeks but did not receive a response. The Fix asked how these national parks should be renamed and how changed names would combat white supremacy in the country.

The professors and other researchers split up the offensive place names into categories.

Of the 960 offensive names, 324 were considered offensive due to their descriptive, “neutral-seeming” names, including Crater Peak.

“Seemingly innocuous names, and names of forgotten or obscure individuals are perhaps just as pernicious as names for outright racist or violent individuals,” the study stated.

“Neutral-seeming settler names build a white-normative culture in the place,” the article stated. These names also “perpetuate the invisibility of Indigenous people on landscapes” and “demonstrate that settlers have the power to suppress deep Indigenous knowledge with relatively shallow Eurocentric names.”

The study also reported that 214 names appropriate Indigenous language, 205 names replace an Indigenous place name with a colonizer name, and 52 names honored violent individuals. Others, such as Yellowstone National Park, were “the work of white urban power elites,” including Teddy Roosevelt. The former president helped grow the National Park Service.

By renaming the “offensive” national park names, marginalized groups will become empowered, according to the study.

But, the new names cannot be neutral as it would still support “white dominance.”

Though the change will not happen immediately, Barnd, the ethnic studies professor, compared the name changes to the renaming of sports stadiums.

“We change things all the time,” Barnd told KEZI 9.“We change the names of stadiums every couple of years.”

“People have no problem figuring out the new name of the stadium based off who is paying the rights to have their name attached to it,” Barnd told the Oregon news station. “So we can shift and adjust as we want.”