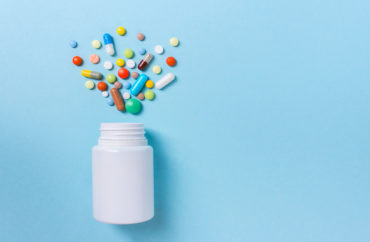 Examining drugs ‘as a tool to explore consciousness’

Scientists at the University of Michigan this fall will explore “psychedelics,” or mind-altering drugs, during a daylong symposium, as part of an effort to “study the effects and potential medical uses of various psychoactive substances.”

The event, titled the “Psychedelic Neuroscience Symposium,” will take place on the university’s campus in September, MLive reports. It was “organized by the University of Michigan Center for Conscious Science.” Officials there “encourage neuroscientists, cognitive scientists, psychologists and clinicians to attend.”

Psychedelic drugs are those that significantly alter consciousness, leading to audio-visual experiences and altered consciousness. Substances such as psilocybin mushrooms and LSD fall under the rubric of psychedelics.

Psychedelics have been studied, especially in the last five years, in relation to neuroscience and as a tool to explore consciousness, said George Mashour, anesthesiologist, neuroscientist and founding director of the Center for Consciousness Science, one of 11 speakers scheduled to address the symposium.

“These drugs are interesting to people for a lot of reasons,” Mashour said. “We are focused on the rigorous investigation of these drugs, what’s going on in science and in the world right now in terms of these drugs. This is really about responsible, legitimate cutting edge neuroscience, and emerging trends.”

Keynoting the event will be Rick Doblin, founder of the Multidisciplinary Association for Psychedelic Studies.

Speakers will address various topics, Mashour said, including psychedelics and how their chemical compounds have been used for therapeutic treatment in recent years, as well as ongoing work with clinical trials.

A film that “focuses on a medical trial involving depression patients and extracts of psychedelic mushrooms” will also be shown at the event.