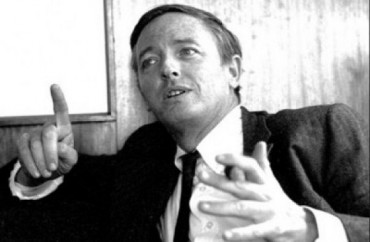 No discrimination based on ‘political affiliation’

The University of Virginia refuses to recognize a conservative student organization because it requires members to affirm conservative principles, according to a warning letter from the organization’s lawyers.

The Alliance Defending Freedom gave the university until Wednesday to recognize the Young Americans for Freedom chapter, saying UVA is violating both state law and the First Amendment.

A student government official told the club that requiring members to affirm the “Sharon Statement” – the 57-year-old founding document of Young Americans for Freedom – violated a campus rule for “Contracted Independent Organizations” that bans discrimination based on “political affiliation.”

“Our students’ speech and association rights are being violated by administrators at the University of Virginia,” said Spencer Brown, spokesperson for Young America’s Foundation, the umbrella organization for Young Americans for Freedom chapters.

In an email, Brown called the policy “illegal” and noted that UVA’s founder, Thomas Jefferson, “also authored the Declaration of Independence and the Virginia Statute for Religious Freedom. The irony is not lost that it is UVA that is violating its students’ rights.”

An organization that rates colleges for their policies on free speech told The College Fix that this incident won’t affect UVA’s rating, because its underlying written policy is sound.

The Sharon Statement was adopted by a group of “100 young conservatives” on September 11, 1960, at the Sharon, Connecticut home of National Review founder William F. Buckley, according to the foundation.

Seen as one of the most prominent documents in American conservatism, the statement lays forth core beliefs of the signatories in favor of limited government and constitutional and free market principles. It explicitly bases the right to be “free from the restrictions of arbitrary force” on man’s “God-given free will.”

It also bears the stamp of its time, warning that “the forces of international Communism are, at present, the greatest single threat to” American sovereignty and “free citizens.” Ronald Reagan served as “honorary national chairman” during his presidency, according to the foundation.

Ty Zirkle, vice president of organizations in the UVA Student Council, said the Sharon Statement is an impermissible litmus test for membership in the chapter.

In a Nov. 5 email to the chapter’s president, Kevin McMahon, reprinted in the alliance’s warning letter to Zirkle and UVA’s general counsel and assistant dean of students, Zirkle said the chapter had to remove the Sharon Statement requirement and a bylaw that lets its executive board revoke membership on any basis. (UVA policy allows organizations to request an exemption from the dean of students.)

“Political affiliation” is one of several categories through which contracted independent organizations can’t discriminate in membership, in addition to race, religion and sex, under UVA policy.

In a footnote, however, the alliance says Young Americans for Freedom is not a “political” organization because it doesn’t limit membership based on political party and does not engage in “partisan political activity.”

If UVA doesn’t update the nondiscrimination clause used to deny recognition to the chapter, and it’s used again in a similar situation, the alliance will “potentially” file litigation against the university, the letter warns.

A pro-choice club may deny leadership positions to pro-life students, and a gun control group may determine that it does not wish to extend membership to [National Rifle Association] members. Yet, by the terms of this [UVA] policy – and its application here – religious and political student groups are specifically barred from instituting requirements for leadership and voting membership based on the beliefs their organizations seek to promote.

Furthermore, the chapter’s right of expressive associations guaranteed by the First Amendment is being violated, according to the letter: The university is targeting speech against any group it deems “political.”

Rating doesn’t include a university’s actions

The alliance told the university it can’t rely on a Supreme Court precedent, Christian Legal Society, that allows universities to require student groups to open membership to “all students, with no exceptions.” UVA doesn’t have a so-called all-comers policy, and state law already preempts its policy, according to the alliance.

“Public universities cannot strip student groups of what makes them unique, and they certainly can’t single out YAF as UVA has done,” said Casey Mattox, director of the alliance’s Center for Academic Freedom and UVA alumnus, in a press release.

UVA has a “green light” rating for its speech policies in the Foundation for Individual Rights in Education’s Spotlight database, meaning they “nominally” protect free speech. Other ratings are yellow (ambiguous policies that can be abused and enforced arbitrarily) and red (“clearly and substantially restricts freedom of speech”).

UVA’s rating is in the clear, according to Nico Perrino, FIRE’s director of communications.

The watchdog organization “only rates a school’s written policies. It does not take into consideration college and university actions,” he wrote in an email. “Therefore, this issue will not affect the school’s Spotlight rating, unless it results in a written policy change.”

Asked whether the policy’s “political affiliation” term could be enforced arbitrarily and lower the university to a yellow-light rating, Perrino said Monday that its Spotlight database doesn’t cover policies on freedom of association.

“However, free association issues are a concern for us, as well, and we address them regularly through our Individual Rights Defense Program,” he said.

The university and alliance did not respond to requests for comment.

CLARIFICATION: The Foundation for Individual Rights in Education told The Fix after this report was published that it’s not commenting on the merits of the alliance’s warning letter to the university by saying its Spotlight rating won’t change. It also explained why this particular incident isn’t covered by its database.