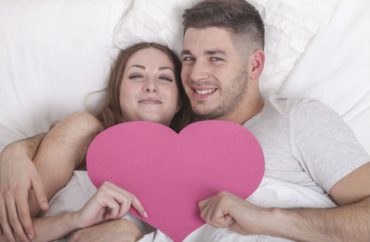 Are you a snuggler and a Purdue University student? Don’t date.

A male student sued the public school for suspending him a year – and expelling him from its ROTC program – after his ex-girlfriend accused him of snuggling without her consent while they were dating, The Indianapolis Star reports.

The ex only accused him three months after they broke up, according to the federal suit:

During the time they dated, the female student alleges that during several nights when they slept together, the male student groped and fondled the woman while she was sleeping, without her consent. The complaint also states that he “chased her down a hallway” threatening to taser her.

He was never charged.

The snuggling allegations against the accused student – typical relationship behavior that is defined as nonconsensual after a breakup – are strikingly similar to those in another federal lawsuit.

MORE: Brandeis branded gay student a rapist for awaking boyfriend with a kiss

Brandeis University was strongly rebuked in court after it expelled a gay student on allegations of waking his boyfriend with a kiss and looking at him naked. As that lawsuit said, Brandeis had turned “benign, unremarkable, everyday occurrences in a nearly two-year consensual relationship into sexual and physical assault.”

The “sex bias” suit against Purdue was brought by superstar defense lawyer Andrew Miltenberg, who has represented more than 100 students punished by their schools on sexual-misconduct grounds.

Miltenberg called Purdue’s investigation “Kafkaesque” and blamed it, like those at other universities, on the 2011 “Dear Colleague” letter from the Department of Education’s Office for Civil Rights, which drastically lowered evidence standards and procedural protections for the accused.

MORE: Brandeis says it can discriminate against accused rapists all it wants

He said the “school’s risk management systems favor punishment of innocent male students, for fear of backlash from victim advocate rights group[s],” in the newspaper’s words:

[T]he male gender bias that exists at Purdue University and many college campuses across the country essentially assumes that accused male students are guilty until proven innocent.

Purdue said it gives “broad and appropriate protections” to both sides in investigations.