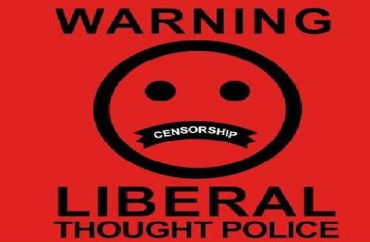 Remember Connie St. Louis, the easily offended director of science journalism at City University, London, and how her Twitter campaign led to the resignation of Nobel laureate Tim Hunt?

She was appalled by Hunt’s supposedly “sexist” comments at a conference in Seoul, South Korea, which “utterly ruined” the meal to which they were treated.

But it appears that there is an account of Dr. Hunt’s remarks that differs quite a bit from hers.

What’s more, in addition to possibly embellishing her yarn about Hunt, it seems she also has souped up her own credentials.

It came courtesy of The Times newspaper, which revealed the contents of a leaked report into Sir Tim’s fall from grace compiled by an EU official who had accompanied him to the Seoul conference.

This individual, who has not been named, sat with him at the lunch and provided a transcript of what Sir Tim ‘really said’.

Crucially, it presented a very different take to the one which had been so energetically circulated by Connie St Louis.

The report began by confirming that Sir Tim had joked about falling in love with women in laboratories and ‘making them cry’.

However, it said he’d prefaced those comments with an ironic introduction, joking that they would illustrate what a ‘chauvinist monster’ he was.

The report then revealed the existence of an entire second half of the controversial toast.
In it, Sir Tim was said to have told his audience that his remark about ‘making them cry’ was, indeed, an ironic joke.

He purportedly said, ‘now seriously . . .’ before going on to speak enthusiastically about the ‘important role’ women scientists play. He ended by joking that his largely female audience should pursue their trade, ‘despite monsters like me’.

The report’s author added: ‘I didn’t notice any uncomfortable silence or any awkwardness in the room as reported on social and then mainstream media,’ going on to describe the speech as ‘warm and funny’.

Regarding St. Louis’s background, an outline of her curriculum vitae says she “is an award-winning freelance broadcaster, journalist, writer and scientist.”

“She presents and produces a range of programmes for BBC Radio 4 and BBC World Service . . . She writes for numerous outlets, including The Independent, Daily Mail, The Guardian, The Sunday Times, BBC On Air magazine and BBC Online.”

But, as The DM notes, “almost all of these supposed ‘facts’ appear to be untrue.”