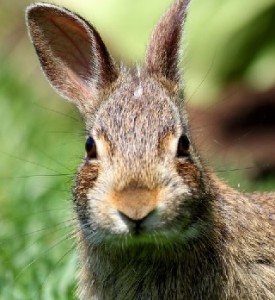 Ohio State University used a $387,000 National Institutes of Health grant to study the benefits of Swedish massages on bunny rabbits.

This absurdly stupid waste of taxpayer dollars was brought to light by Republican Sen. Tom Coburn’s most recent “Wastebook” edition, where he and his staff every year chronicle the unethical and asinine ways in which our government blows taxpayers’ hard-earned cash.

No. 2 on the list is titled “Swedish Massages for Rascally Rabbits.”

“In this I will not compromise,” notes Chicago Tribune columnist John Kass. “There is nothing more stupid in the history of wasteful federal spending than giving my money — and yours — so rabbits can get a Swedish foot massage.”

Coburn, in an interview with Kass, agrees.

“Look, I understand what the science is behind that,” Coburn said. “We all know that if you massage a muscle, you get rid of the lactic acid out of it. It’s stuff we already know.”

The two-year study, which concluded in April of this year, sought to “learn how to identify the most optimal application of massage therapy to treat human muscle aches and injuries,” the Wastebook reported.

Why they didn’t rub HUMANS then is beyond anyone’s comprehension, as Watchdog.org rightly points out, adding:

The funding came from the National Institutes of Health through its National Center for Complementary and Alternative Medicine. Yes, the same organization that blamed budget cuts for a lack of an Ebola vaccine, spent $387,000 to give rabbits Swedish massages.

By the way, Rabbitgate is only one in a long list of gut-wrenching, eye-rolling examples, as Coburn points out in the report:

Only someone with too much of someone else’s money and not enough accountability for how it was being spent could come up with some of the zany projects the government paid for this year,  like laughing classes for college students (no joke!) or a play about brain eating zombies for children. The National Science Foundation  (NSF) taught monkeys how to play video games and gamble. USDA got into the business of butterfly farming. The Department of Interior even paid people to watch grass to see how quickly it grows. The State Department spent money to dispel the perception abroad that Americans are fat and rude. But the real shock and awe may have been the $1 billion price tag the Pentagon paid to destroy $16 billion worth of ammunition, enough to pay a full years’ salary for over 54,000 Army privates. …

The problem is not just what Washington isn’t doing, but what it is doing.