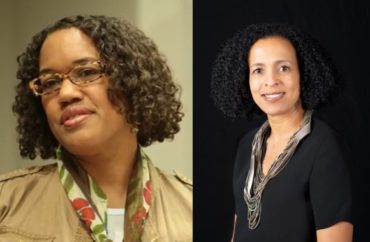 Another ‘dog whistle’ that only professors can hear

Two professors say that a proposal floated by a Pennsylvania candidate to have voters reregister to vote is geared toward stopping black voters.

Republican gubernatorial nominee Doug Mastriano has made several comments throughout the past year about having voters reregister to vote as a way to clean election rolls. But really, his proposal is a “dog whistle” to rile up voters to support neo-segregation, according to two professors.

[Mastriano’s] stated desire to have voters reregister is a dog whistle designed to reinforce the racist belief that Black and other BIPOC voters are not, in fact, fully enfranchised citizens guaranteed the same rights as white voters. The irony, however, is that were his scheme to be implemented, many white, rural voters would be excluded from the voter rolls.

Mastriano’s plan is so racist, according to Young, that it actually hurts white people.

Young said that “just as with reproductive rights,” black people must “say loudly and clearly that there will be no return to a fantastical vision of a white nation that exploits Black labor and intellect without granting us our constitutionally guaranteed rights.”

“If Mastriano’s plan happened to be baiting the community with seemingly racial-infused assumptions and stereotypes, it is simply a tactic to gain votes,” she said. Like Young, she undermined her own point.

Temple noted that a Pew study from 2017 found that “reasons related to apathy and the lack of inspirational candidates far outweighed reasons related to convenience, opportunity, felonies and a desire for privacy.”

It sounds like, based on Templ’s comments, that the ease of voting doesn’t really affect if people vote. Rather, people vote if they like the candidates and think one of them will support their priorities.

When I moved back from Virginia, I found I had been cleaned off the rolls – of Cook County, the birthplace of voter fraud! I had to register to vote again at the same address I had lived at for two decades.

Just the other day I was asked to renew my car registration. It’s a hassle, but it seems the county has an interest in ensuring that taxes are paid and that it knows who lives within its jurisdiction and who no longer does. When people move, they have to register to vote again.

The average person moves once every five years – or about every two elections, requiring a new registration and invalidating an old one.

Every year I send in a tax return that de facto tells the federal government if I have moved. A background check on every gun purchase is someone affirming that they are still legally able to buy a gun – the same as registering again to prove voter status. Many professions, such as lawyers, update their professional licenses every year.

When I consider the number of times some unit of government asks me to update my address to renew registration, I don’t hear the same dog whistles the two professors do.